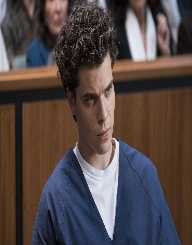 Lyle Menendez was born 10th January 1968, to Jose and Kitty Andersen. He was born in New York City, New York, in the United States. His mother’s name was Mary, but she was known as Kitty. Lyle Menendez also had a younger brother named Erik. Menendez’s father moved to the U.S. from Cuba when he was 16 years old. He met his future wife while studying at university. The couple married and worked hard over the years, providing a good life for their sons. The boys went to Princeton Day School when the family lived in New Jersey. They then moved to Calabasas in California during the boys’ teenage years.

Erik studied at the local high school and played tennis, ranking very well in the under 18s. Lyle Menendez went to Princeton University, but had very poor grades and was placed on academic probation after he was accused of plagiarism. He was suspended for 12 months.

In 1989, on 20th August, Lyle Menendez and his brother, Erik, murdered their parents. The family was living in Beverly Hills at the time. Around 10 pm that evening, the brothers went to the lounge where their parents were watching television. They shot their father in the back of the head, and when their mother tried to run she was shot several times as well.

Lyle Menendez and his brother then went out for a couple of hours. They returned just before midnight, and at 11.47 pm, Menendez called emergency services and said someone had killed his parents.

The brothers gave the alibi of being at the movies, and then going to a local festival.

Although they were considered suspects, they were not asked to undergo gunshot residue testing.

In the months that followed, both Lyle Menendez and his brother lived the high life. Lyle Menendez purchased a Rolex watch, a Porsche vehicle and a café in New Jersey. Erik paid to have a full-time tennis coach and played tournaments in Israel.

Instead of continuing to live in the family home, they purchased condos together in Marina del Rey. For the months after their parents were murdered, the brothers were estimated to have spent approximately $700,000. The police were tipped off after Erik told his psychologist about committing the murders, and his psychologist told his partner, who went to the police.

The trial was broadcast on television, and it caused a stir throughout the country. The parents were portrayed in a very bad light. The juries were deadlocked, and a retrial was set. This time there were no television cameras.

Lyle Menendez and his brother, Erik, were both convicted of two counts of first-degree murder and conspiracy to commit murder.In July 1996, the judge sentenced them to life in prison with no parole.

Lyle Menendez and Erik were separated and sent to different prisons. They were both isolated from other prisoners.

In 1996, while in prison, Lyle Menendez married Anna Eriksson. She was a former model who wrote to him while he was incarcerated. The couple divorced in 2001.

In 2003, Lyle Menendez married for a second time. His second wife was Rebecca Sneed, a magazine editor.