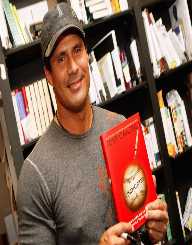 Jose Canseco is a former outfielder who played for the Major and Minor League Baseball in the 1980s.He also played as a DH or designated hitter that filled the pitcher’s position. He is the holder of the All-Star outfielder and a 462 home run. Jose was also recognized with Oakland Athletics in 1988s American League MVP. He also completed his career with 2 World Series tournaments. Canseco’s family moved to the U.S while he was still in his baby shawls. In the mid of his baseball career, Jose admitted that he used steroids to restore back his fame. Read further to understand more.

Jose Canseco seems to possess an omnipresent vitality and out of world intuition that allows him to be a source of inspiration. With no unclear reasons, he rejuvenates every situation, all thanks to the energy that flows within his soul. The good thing is that he is acutely aware of his creator’s given potential; so it’s up to him to control his ideals. As far as he can solve his idealistic problems, he perfectly blends with strange surroundings. To him, everything seems to be in place and not out of place. His personality gives him a chance to practically act in a noble way as well as solving any situation. His well-being and endurance allow him to work extra hard towards his goals. No matter the situation or obstacle, Jose is destined to strive beyond other people’s expectation. This is in regards to his controversies and legal issues. Although he has been allegedly caught in wrong deeds, he takes the advantage to psych up without reservation.

On 2nd July 1964 Jose Canseco was born in Cuba, Havana to Barbara and Jose Sr. Canseco. He has a twin brother called Ozzie who is also a baseball player. His father served as a manager at Esso Standard Oil Company as well as a part-time teacher. In the course of Fidel Castro regime, his father lost his home and his job in 1965 since he opposed Fidel’s rule. They were taken to Miami in Florida where they stayed for a short time. When Jose was still learning to puff-up his shawls, his family moved to the U.S. It was in the here that Jose landed another job at Amoco Oil and a, part-time security guard. He was okay with the salary since he had nothing left but to provide for his family. Besides, Jose’s father was a baseball fanatic, and so he opted to teach his two sons just for fun.

Jose joined Coral Park High School where he studied as well as playing baseball. Even though he showed an interest in the field, he didn’t concentrate fully on his nature given talent. Even then he was named as the new MVP of the junior team. Afterward, he was selected to chair the senior varsity squad. At last, he came to be known as a promising lad who always positioned his name as The Most Valuable Player.

After his graduation in 1982, Jose Canseco joined Oakland Athletics. It was here that he was moved to the Premier League position in Idaho. He signed his first contract of $600 per month. While he was still struggling to adjust to his new life, Jose’s appearance started to evade. He turned into a skinny teenager. This made him receive all sorts of jokes from his baseball opponents. But this didn’t stop him from attaining his end goals. It was fortunate for him that when he joined the Major League he restored his physique into a bodybuilder. This is what marked the beginning of his debut in the sports industry.

Early in 1985 Jose joined Oakland Athletics where he gave impressive results at the Major League. He played in full session in the mid of 1986 as a designated hitter and outfielder. Canseco established his name by completing with 35 home runs as well as winning an American League Rookie honor.

Early in 1988, Jose made history by completing the season with 40 bases and 39 home runs. In the same case, he went back with an MVP award. The following years Jose didn’t participate much due to a broken wrist, but he managed to end the season with seventeen home runs. He also helped his team to garner the World Series Cup.

Jose Canseco completed his tenure with 460 home runs, six all-star selections, and one American League MVD prize. He then closed it up with 2 World Series championships.

In 2005 Jose Canseco wrote a book titled Juiced that illustrated how he was using steroids during his tenure. He came out as a steroid user, and other baseball gurus such as Rafael Palmeiro followed. In 2008 he launched another book titled Vindicated which he took his time to explain further about the side effects of using a steroid. During his career, he was fined $600 due to reckless driving. The same year he got himself on the hands of the law for having a loaded pistol without following legal permission. After several years, he was then sent back to the law for hitting his ex-wife, Jessica.

In 2001 Jose and his twin brother fought with a California tourist at Miami Bitch. The two tourists suffered from several injuries to the point of being admitted to the hospital. The twins were charged guilty where they received probation. In 2003 he missed appearing in court due to domestic dispute of his six-year-old child. It was here that he spent two years house arrest and three years of probation.

Jose Canseco married Esther Haddad in 1988 where they stayed in their union for three years. The couple divorced in 1991.After five years he married Jessica Sekely, but they later called it quit in 2000.The reason for the two unions to divorce was because of Jose’s violent nature. Either way, he is still celebrated as the most incredible star in both Minor and Major League Baseball. Although he has been questioned due to the use of steroid, he is also loved for clearing out the air. In fact, it was good news for others since it came to change their lifestyle. He did what he could just to excite his fans. He will never be sorry for using advanced drugs, but he will always be thankful for not letting things to stand in his way.