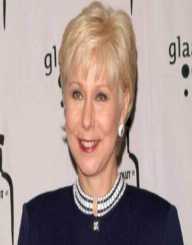 Christina Saralegui is known for her autobiography that was published on 1st January 2009. Born in a media environment, Saralegui categorized herself as a natural communicator. She always aimed at taking several skills such as creative writing and mass communications. But her plans were thwarted due to his father’s loss of income. This forced her to drop out without asking why and how.

Cristina Saralegui was born on 29th January 1994, Miramar, Havana, Cuba. His father, Francisco Rene Saralegui, and mother, Cristina Santamarina. She had two brothers, Paxti and Inaki as well as two sisters; Maria and Vicky. Her descent language is Spanish. Following the Cuban Revolution, Cristina family fled to Miami in search of peace. They later settled in Key Biscayne.

As stated above Cristina didn’t have an option to go back to school due to lack of enough resources. Either way, her father called her one day and told her that he has opted to send Paxti to college. In all, Cristina didn’t hold to herself, but she took a sizable step and looked ahead. She vowed to work thrice as hard to prove that she is capable of anything. Later on, she landed a photo library occupation that she ended up earning $40 per week.

As time passed, Cristina Saralegui worked steadily and then she became an editor of the Spanish Version of Cosmopolitan magazine. Between 1980 and 1988, Cristina began to transform her journalism success into television success. This is where she started her conversational show called El Show de Cristina.

She later got married to Marcos who was a former member of Miami Sound Machine music band. She showcased her popularity by co-hosting distinguished guests such as Celia Crus, Don Francisco, Enrique Iglesias, Ricky Martin and much more. Her most viewed show appeared when she invited Ralphy Rodriguez and Edgardo Diaz. Both were confronting each other about the contrary allegations of abuse that Rodriguez made to Diaz again.

Another episode happened when Trevi was unable to talk while she was discussing her life. Later on in her life, Saralegui went on and published her magazine called Cristina Revista followed by other inspirational books. Unfortunately, her daily show got canceled, and she actively remained with the Monday night show.

Being an actress, Cristina Saralegui launched The Tiana Show. She also has several offers down the line such as The George Lopez Show. On July 7th, 2003, Pamela Anderson one of the most distinguished Hollywood actresses was featured on Cristina’s show.

In 1981, Cristina Saralegui won an award for Huma Rights in Puerto Rico. In 1983, she garnered a legendary Woman of Miami Award. In 1986 she was noticed by the Women in Communications Awards as well as Greater Miami Chapter. In1990 Saralegui attained the State of Florida Hispanic Heritage Award.

In 1991 to 1992 two awards followed; Emmy Award for Cristina Show and Certificate of Appreciation from the US and a Council of Women’s Issues Bio Award. In 1995 to 2001 Christina continued to receive more awards including a Leadership one in 1998.

Before marrying her current partner Marcos Avila, Cristina’s own life was entirely unpredictable. She was once married by Tony Menendez, a firefighter and real estate agent. In 1983, she divorced him due to lack of understanding of their marriage. For seven years, they had a daughter, Cristina Amalia. She once stated that they decided to divorce since he wasn’t as ambitious as she was. According to sources chaos and misunderstanding erupted due to her absence at home. When in her active life to explore the beautiful world, that is where Cristina Saralegui met Marcos Avila, and they got married soon after.