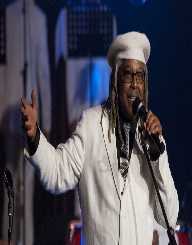 Juan de Marcos González is an Afro-Cuban star who possesses unique orchestra while still promoting an exhaustive range of Cuban music. His songs are embraced by all ages, all thanks to his musical style. Juan de Marcos is famously known as a legendary architect of an Afro-Cuban All Stars. He is also the founder of Sierra Maestro, a Cuban Band. Juan de Marcos music projects on a spiritual solace of his ancestors. His songs awaken healing memories to the audience.

On January 1954 Juan de Marcos was born in Havana, Cuba to Marcos Gonzales, who was a prominent singer. His father played his music with great bands such as Arsenio Rodriguez and many others. Juan de Marcos learned to play guitar at drama school in Havana and at times went to musical legends such as Vicente Gonzales. While still at the University he studied Hydraulic Engineering as well as English and Russian Languages. He later worked at Agronomic Science Institute as a consult. In 1989 Juan de Marcos received his doctorate.

In 1976 Juan co-founded a musical group titled as Sierra Maestra. To appreciate the Cuban music Juan used to wear and sing with traditional attires such as bass, tres, arid vocals, and trumpet. He aimed to help others understand and appreciate the Cuban background. The founded band achieved immense success by recording fifteen albums in Africa, Europe, and Cuba. In that result, the group received several awards.

In 1954 Juan de Marcos launched his association with World Circuit label in London. He recorded his first album titled ‘Dundunbanza.’ For A successful recording, the band was advised to add piano, trumpet, and congas on their line-up. This was done in respect of other Cuban legendary such as Arsenio Rodriguez. Having found common ground Juan de Marcos got a successful recording in Havana.

They launched their first Afro-Cuban All Stars album ‘A Toda Cuba Le Gusta’ and garnered a Grammy Nominee in 1998. In fact; it was the first album to be recorded in Buena Vista Social Club. Juan de Marcos proved Cuban society that he was a springboard for success. Upon the release of their album, Juan de Marcos led his band on a U.S and European tour that was directed by the Buena Vista Social Club. His instrumental talent allowed him to do various projects such as informing others about the heritage of Cuban in the form of singing.

Juan da Marcos work has been recognized once in a Latin Billboard Award and three times for Grammy Awards. During his musical career, he has managed to conduct, arrange and produce more than 30 albums. Some of his famous songs include ‘A Toda Cuba Le Gusta’ in 1997 ‘Distinto, diferente’ in 1999.In 1990 Juan de Marcos is considered as the leading prowess in Cuban music industry. In the process, he was awarded Women Award in 2000.Gonzales has proved others wrongs by singing for his heritage.