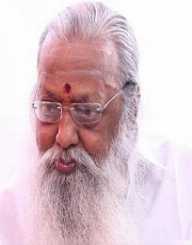 Balakumaran was born on July 5, 1946. He is a Tamil writer. He has authored more than one hundred and fifty novels, one hundred short stories and he has written scripts for more than fourteen films.

He has written novel such as ‘Krishna Arjunan,’ ‘Udayar,’ ‘Kadal Neelam,’ ‘Agalya,’ ‘Mercury Pookkal’ and ‘Thunai’ among others. He has also contributed to films as a screenplay writer. He is also good at dialogue writing. His art in dialogue writing is known a Kollywood. Some of the films he has contributed to include ‘Velai,’ ‘Citizen,’ ‘Jeans,’ ‘Jananam,’ ‘Baasha,’ ‘Kadhalan’ and ‘Indhu Namma Aalu’ among others. He has currently written ‘Epic on Rajendra Cholan’ and ‘Monthly Novels.’ He has contributed to Tamil periodicals such as ‘Kumudam,’ ‘Kalki’ and ‘Ananda Vikatan.’

He has received awards such as being honored with Sindhanai Chemmal title by the Lions Club Madras. He was also awarded the Kalaimaamani Award by the Government of Tamil Nadu.  He has so many other awards in his name.

Balakumaran was born on July 5, 1946. He is currently seventy one years old.