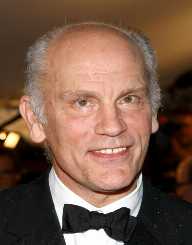 John Gavin Malkovich is an actor as well as a producer. He is best and popularly known for his performances in the movies Places in the Heart. He is also known for his performance in In the Line of Fire which received an Academy Award nomination. He is a successful fellow and enjoyed a long and productive career of about three decades in Hollywood. He has made it big as a producer as well as an actor after starting out as a mere actor.

John Malkovich was born into the family of Daniel Malkovich and Joe Anne. He was one of the five children of his parents. His mother owned the Benton Evening News while his father was the Conservational director for the State of Illinois. His father also served as the publisher of Outdoor Illinois. As a child, he was overweight and often made fun of by his elder brother. However, he dieted and shed several pounds. He attended Benton Consolidated High School later and appeared in some plays during his stay in this school. He in fact played with a folk rock music band and later got enrolled at Eastern Illinois University before going to Illinois State University. He majored in theater.

In 1976, John Malkovich joined the Steppenwolf Theater Company alongside his friends. He, however, got noticed for his excellent performance in a tragedy Curse of the Starving Class at Goodman Theater in 1978. He kept on getting roles to act with his theater group. It was then he acted in True West, and this won him an Obie Award. He also had a role in A Streetcar Named Desire in 1982. All these roles add up to give him the prominence he needed as a stage actor. This then forays him into films production. John Malkovich started with small roles but later found himself bagging some substantial roles towards the end of the 80s. He played a role in several films including the Depression Era film, Places in Heart. This film got people’s attention and got him his Oscar nomination for Best Supporting Actor. He also got other works with this film.

Around 1993, John Malkovich earned a second nomination for the film, In the Line of Fire, where was so much appreciated for his support role. He played the role of a brooding political assassin. By 1999, he had teamed up with director Spike for the production of Being John Malkovich. There, a secret tunnel was discovered in his mind. More information about his life was known. He also acted in Napoleon, a television historical miniseries. He also got featured in a documentary film about the distinguished poet, Polis in 2007.

John Malkovich became part of the ensemble cast for the action comedy, Red. He also participated in other films like Ripley’s Game, The Hitchhiker’s Guide to the Galaxy and Burn After Reading. He was known to be a very good actor who is very good at what he does. His most recent movies are Lines of Wellington, Chavez and Warm Bodies respectively.

John Malkovich is best known for his role as Mr. Will in the Depression Era Film Places in the Heart. This story revolves around the story of a widow who tries to manage her farm with the help of two men – a black and white.

John Malkovich got married to Glenne Headly in 1982. The marriage, however, ended in 1988 as a result of the fling he had with Michelle Pfeiffer. He remarried and married Nicoletta Peyran. The marriage is fruitful as he has two children from the marriage. Amandine, who was born in 1990 and Lowey that was born in 1992 are his two sons. The couple, however, resides in Cambridge, Massachusetts.