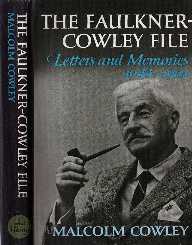 Malcolm Cowley was born on August 24, 1898. He was an American poet and editor. He was also a stern literary critic. He also served in the American Army during World War I in France. He started his career as a freelance writer, but then he went on to become a prominent poet and a critic of literary works. He also became an editor and a novelist. He became better with every step that he made. His works were received well by both critics and the general public. His works have been regarded as works that have made history in the writing world. He was so inclined to come up with a better society through his works. He brought a new style of writing into the American writing system.

Malcolm Cowley was born on August 24, 1898, in Belsano in Cambria County, Pennsylvania. He was born to William Cowley who was a homeopathic doctor and Josephine Hutmacher. He grew up in Pittsburgh as his father practiced there. The family used to spend their summers at Belsano. He attended the Peabody High School in Pittsburgh, Pennsylvania for his early education. At the school, he became friends with Kenneth Burke who became a literary theorist after his education.

While pursuing his education in France, he became friends with writers of ‘Lost Generation’ such as Ezra Pounds and Scott Fitzgerald among many others. As he continued to pursue his education, Malcolm Cowley also worked with Avant-grade literary magazines such as ‘Broom’ and ‘Secession.’ In 1923, he moved back to the United States where he got employed by the Sweet’s Architectural Catalogue in New York City. He was hired in 1925 for the post of advertising copywriter and translator. He worked at his position for four years where he translated seven books from French to English.

In 1929, Malcolm Cowley was made the literary editor of ‘The New Republic.’ In the same year, he published his first collection of poetry titled ‘Blue Juniata.’ With his first collection of poems, he became a known poet to many. In 1934, he published his autobiographical non-fiction book ‘Exile Return: A Narrative of Ideas.’ In 1935, he was among other writers who formed the League of American Writers. He became the vice president of the League. In 1940, he resigned from his post as the vice president. In 1941, his second collection of poetry titled ‘The Dry Seasons’ was published.

Malcolm Cowley later became the editor and literary advisor of the Viking Press where he edited works of writers such as Nathaniel Hawthorne, William Faulkner, and Ernest Hemmingway.  In 1954, he published ‘The Literary Situation’ which portrayed American writers in the society. In 1960, he taught the Stegner Fellowship graduate class at Stanford University. His other works include ‘Think Back on Us’, ‘The Dream of the Golden Mountains: Remembering the 1930s’ and ‘The View from Eighty’ among other works. He also edited works such as ‘The Portable Faulkner’ and ‘The Complete Poetry and Prose of Walt Whitman’ among other works.

In 1919, Malcolm Cowley married Marguerite Frances Baird who was a Landscape painter. The couple got divorced in 1931. In 1932, he married Muriel Maurer with whom he had a son, Robert William Cowley. He died on March 27, 1989, of a heart attack at New Milford, Connecticut, United States. He left behind a great legacy due to his literary works.