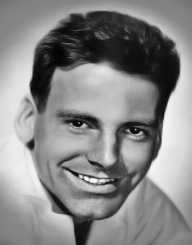 Actor and Producer Maximilian Schell was born on the 8 December 1930 in Vienna, Austria. His mother was an actor and his father a playwright. Due to concerns about Nazism in Austria, the family moved to Switzerland when Schell was eight years old.

After completing his schooling, Maximilian Schell served time in the Swiss Army and then decided that he wanted to become an actor. Initially, he did theatre and had a couple of walk-on appearances in various films. In 1955, he was offered a supporting role in Kinder, Mütter und ein General. The director Laslo Benedek had shot the anti-war drama The Wild One with Marlon Brando in the starring role. Schell’s next film role was in This and The Girl From Flanders (1956) directed by Helmut Kautner. He also appeared on the stage playing opposite Rosemary Harris in Interlock (1958). He then landed a role opposite Marlon Brando in The Young Lions (1958), playing a German army officer and was also offered the part D’Artagnan in a television movie of The Three Musketeers.

Schell’s breakthrough film came when he played defense lawyer Hans Rolf in Judgement at Nuremberg. He won an Academy Award for Best Actor (1961), and he was also presented with the New York Critics Award.

During the sixties and seventies, Maximilian Schell was offered numerous roles. He took some of them for purely commercial reasons, and some of his films were disappointing. Then he starred in Topkapi in 1964, and this was a huge success. He acted in some other films, but towards the late 1960s, he was becoming more interested in directing and producing rather than acting. He directed various operates and plays including La Traviata, Hamlet, and Pygmalion.

In 1993 he starred alongside his wife Natalya Andreychenko in Candles in the Dark (1993). He continued acting on stage and in film throughout the 1990s, winning a Best Supporting Actor Golden Globe for his role of Lenin in Stalin (1992), a television drama.

During the 2000s, he appeared mostly on television including All The Luck in the World (2003); Giants (playing Einstein) and in the German television series Der Fürst und das Mädchen (2003-2004).

Over a long career Maximilian Schell won numerous awards and nominations including a Golden Globe Nomination for the documentary Marlene (1985); An Academy Award for Best Actor for the American Film: Judgement at Nuremberg (1961); the Merit Cross 1st Class of the Federal Republic of Germany (1985), the Satellite Award, the Mary Pickford Award for Lifetime Achievement and the Bambi Award for Lifetime Achievement (2009).

Maximilian Schell divorced Andreychenko in 2005 and married opera singer Iva Mihanovic in 1913. He had one daughter from his first marriage to Andreychenko.

Maximilian Schell died on the 1 February 2014 at Innsbruck in Austria.