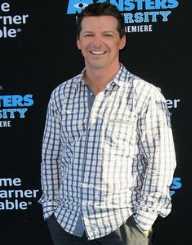 Sean Patrick Hayes was born on June 26, 1970, in Chicago. His mother was a director of a non-profit food bank, and his father was a lithographer. Hayes grew up in the Glen Ellyn suburb of Chicago. He was the youngest of his siblings, and when Hayes was five years old, his father left the family.

Hayes attended the Glenbard West High School and later went to Illinois State University. There he studied piano performance. However, he did not graduate, since he became the music director at the Pheasant Run Theater in St. Charles, Illinois. He began his career as a classical pianist and off work practiced improvisation at The Second City theater. In 1995, he moved to Los Angeles and began working as a stand-up comedian and stage actor. His first major appearance was during the Super Bowl XXXII in 1998 in a Doritos commercial.

Hayes was interested in acting since he was a child. In 1986, he made his first on-screen appearance in the film Lucas, which was filmed at his high school. However, his professional debut came several years later, when he moved to Los Angeles. Hayes first project was the independent film Billy’s Hollywood Screen Kiss. His first big film brought the young actor wide attention, and the same year Hayes was cast in the NBC series Will & Grace as the flamboyantly gay and unemployed actor Jack McFarland. The show was a major success and earned Hayes several Emmy Award nominations. During the show’s run, he won one Emmy Award and was nominated for six Golden Globe Awards.

In 2001, Hayes made film appearances as Jerry Lewis in Cats & Dogs and Martin and Lewis as Jerry Lewis. These two films were followed by 2003 projects Pieces of April, The Cat in the Hat and Win a Date With Tad Hamilton!. In 2008, Hayes debuted as a voice actor in the film Igor.

Besides his work on several movies, Hayes also made appearances on TV shows like Scrubs and 30 Rock. In 2005, he became the executive producer of the reality TV series Situation: Comedy on Bravo. After this project, he was the executive producer of The Sperm Donor and Stephen’s Life. In 2008, Hayes made his stage debut in the production Damn Yankees as Mr. Applegate/Devil at the New York City Center’s Encores. In 2010, Hayes made his Broadway debut in the musical Promises, Promises. For the role, he was nominated for a Tony Award for Best Actor in a Musical. The same year, he again starred in Cats & Dogs: The Revenge of Kitty Galore.

In 2012, Hayes played Larry Fine in The Three Stooges. Hayes is also a co-owner of the production company Hazy Mills Production, which he and Todd Milliner created in 2004. The company has produced several television series, like Hot in Cleveland, The Soul Man, Hollywood Game Night and Sean Saves the World. He has also produced lip-sync videos on YouTube called The Kitchen Sync. In 2016, he starred in the Broadway play An Act of God.

Hayes did not discuss his sexual orientation for several years, fearing that audiences might not be so open-minded about his roles. In 2010, he implied about being gay in an interview with The Advocate. In 2014, he announced that he and his partner of 8 years, Scott Icenogle have married.

In 2013, Hayes received an honorary Ph.D. from Illinois State University.