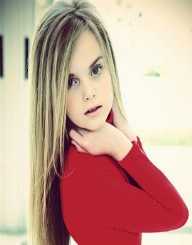 Dancer Mia Diaz was born in Florida on the 17 September 2001. Her mother is Leonora Diaz. She has two brothers, Ryan and Tyler plus a stepsister Brittnee. Mia showed an interest in movement and dance, at a very young age. Mia started training at the age of three. By the age of eight, Mia had won a national dance championship at the Orlando Hall of Fame Nations.

Her dance school was just Just Dance It before she changed to Stars. She won the American Dance Award Nationals in Boston’s Young Dance of the Year National Title prior to Dance Moms: Miami.

Dance Moms: Miami was a reality show that followed the owners of the Stars Dance Studio where Mia Diaz was a student. Mia was twelve years old when she made her appearance in Season 1. Although Dance Moms: Miami was canceled, Mia had made an impression as a talented dance of note to be watched in the future. She also built up a big fan base who follow her on social media.

Mia Diaz’s mother Leonora is her manager and has navigated her daughter’s dancing career through regional and national level dance competitions to where she is now a professional dancer. Her acting debut in 2014 was in Parts per Billions. Then she had a role in Growing Up and Down (2014).

She uses her Youtube channel,  Mia Diaz, to post weekly videos on dance, beauty, lifestyle, and fashion as she shares her life and activities with viewers.

As an twelve-year-old, she showed exceptional talent in Dance Moms: Miami in 2012.

An animal lover, Mia Diaz currently has three  Maltese poodle dogs: Casper, Sugar, and Sheba. Diaz enjoys all types of dancing including jazz and contemporary dance. She also likes to sing and also does gymnastics.