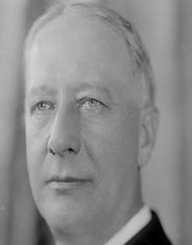 Al Smith served as New York City’s governor for four terms and was the first American politician of Roman Catholic faith to be elected for the presidential elections.

He married his wife Catherine Ann Dunn on May 6, 1900, who gave birth to five of his children. Smith died from suffering a massive heart attack at the age of 70 on October 4, 1944. His remains are interred at Calvary Cemetery, and before his heart attack, Smith was grieving from the death of his wife from cancer five months back in May.

The Boy Who Grew Up Alongside the Brooklyn Bridge

Alfred Emanuel Smith was born on December 30, 1873, at Manhattan’s Lower East Side near the Brooklyn Bridge. In later years, Smith stated in one of his speeches that he grew up alongside the construction of the said bridge which evokes a fondness for the place. His parents were Catherine and Alfred Smith with his mother of Irish descent while his father originally had the surname of Ferraro but adapted “Smith” as his last name and rendered service during the Civil War.

The only formal education Al Smith received was at St. James Parochial School of which he dropped out of at the age of 14 when his father died. As a result, Smith found work at the local Fulton Fish Market to support his family. He learned to study people by working at the said market where he also developed the rhetorical skills that helped him in his later life as a politician.

Smith’s family was reliant on the Political machine ran by Tammany Hall and its boss, “Silent” Charlie Murphy who also launched Al Smith's entry to the world of politics and made him an eloquent speaker who became his characteristic trait as a politician. His first job as a politician was an investigator under the Commissioner of Jurors in 1895 upon designation by Hall. 9 years after his appointment as an investigator, Al Smith was elected in 1904 as part of the New York State Assembly which he maintained until 1915.

One of Al Smith's notable early contributions a politician was the legislation of new laws for better working environment and condition at factories which initiated from the Triangle Shirtwaist Fire tragedy in 1911. He first came into position after being approached by activist Frances Perkins who brought awareness to Smith from the city’s factory conditions.

Smith was hailed as a Chairman of the Committee’s Majority Leader in 1911 but lost the title and was made Minority Leader the following year in 1912 and became House Speaker in 1913.  He was appointed as New York’s Sheriff of NY County in November 1915 and was working as the city’s leader of the progressive movement.

Smith as the Governor of New York

In 1918, Al Smith won the title of New York City’s Governor with the aid of Murphy and James A. Farley. He lost the 1920 re-election bid for the state elections but managed to win the title for the years 1922, 1924, and 1926 with Farley managing his campaign.

In 1928, he tried and failed for the presidential elections with reporter Frederick William commenting that his loss can be attributed to three P’s: Prohibition, Prejudice, and Prosperity.

The same year in 1928, he focused on business ventures wherein he became Empire State Inc.’s president. He became involved in the construction and operation of the Empire State Building which opened on May 1, 1931.