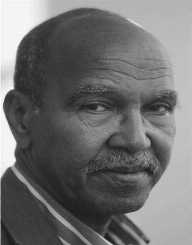 The Literary-Historian from a Crooked Nation: Nuruddin Farah

Nuruddin Farah is regarded as one of Africa’s greatest novelists who has pursued complex, evasive truths through his writings. The Somali writers’ efforts to write for the people of Somalia in their language were met with severe restrictions so much so that most of his novels were banned in the country and had to be smuggled for reading purpose.

Nuruddin Farah was born on November 24, 1945, in Baidoa, Italian Somaliland to Hassan Farah and Aleeli Faduma. His father Hassan Farah, though barely literate, had been an oral translator for the British colonial government. His mother Aleeli Faduma was a well-known Somali poet. Nuruddin moved to the Ogaden region of neighbouring Ethiopia at an early age. In Ogaden, his father worked as an interpreter for the British Government. He attended schools in Somalia as well as Ethiopia to receive his elementary education. He also received education at the colonial-era Institute Magistrale in Mogadishu. His primary languages were Somali, Arabic and Amharic. He also learnt English and a bit of Italian.

In 1963, due to a fierce border conflict, Nuruddin Farah and his family had to flee the Ogaden region. Somalia, at that time, was an independent country, having gained independence for the last three years. Nuruddin worked as a clerk-cum-typist for Somalia’s Ministry of Education for a brief period. In 1966, he enrolled himself at the Punjab University in Chandigarh, India pursuing a degree in Sociology, Literature, and Philosophy. He graduated from the University in 1970. He later went to England and attended the London University from 1974 to 1975. He did a Master’s degree in Theatre at the Essex University during 1975-1976.

Nuruddin Farah started his writing career by publishing a short story in his mother tongue. After that, he switched over to English and released his first full-fledged novel ‘From a Crooked Rib’ in 1970. His journey as an acclaimed feminist writer started from this novel in which he showed the determination of a woman to maintain her dignity in a society infested with such people who believed that God created woman from a crooked rib. The story revolves around a Nomad girl who flees from an arranged marriage to a much older man.

His next novel ‘A Naked Needle’ was published in 1976. It was a story of interracial and cross-cultural love set in the background of post-revolutionary Somali life and exposed a vivid picture of oppression under the incumbent dictatorial regime. The novel infuriated the Somali dictatorial regime and Nuruddin had to go on a self-imposed exile to avoid being arrested and face imprisonment. The self-imposed exile went on for the next 22 years, and he had to change countries to avoid being captured continuously. In the process, he visited several countries and took up teaching jobs as a guest lecturer in United States, Sweden, India, Germany, Sudan, Italy, and Nigeria.

In 1979, Nuruddin Farah started writing a trilogy of novels under the title ‘Variations on the Theme of an African Dictatorship.’ The trilogy included ‘Sweet and Sour Milk’ (1979), ‘Sardines’ (1981) and ‘Close Sesame’ (1983). All the novels dealt with the lives and human relations severely affected by dread and terror under a particular African dictator. In 1990, he went to Berlin after receiving a grant from the German Academic Exchange Service.

Besides novels, Nuruddin excelled in writing plays for both stage and radio. He also wrote many short stories and essays. Some of his famous plays are ‘The Offering’, ‘A Dagger in Vacuum’ and ‘Yussuf and His Brothers’ staged between 1970 to 1982. ‘Tartar Delight’ and ‘A Spread of Butter’ are two of his noteworthy plays aired on radio.

In 1980, the very first novel of his first trilogy ‘Sweet and Sour Milk’ earned Nuruddin Farah the ‘English-speaking Union Award.’

He received the Kurt Tucholsky Prize in Sweden and the Lettre Ulysses Award in Berlin.

In 1994, Nuruddin Farah was honored with Premio Cavour award in Italy for the Italian edition of his novel ‘Close Sesame.’

In 1998, he was awarded the Neustadt International Prize for Literature, an award given by the University of Oklahoma for distinguished work in the field of literature on behalf of its journal, World Literature Today.

Nuruddin Farah is a recipient of St. Malo Literary Festival award (1998) given to him for his French edition of ‘Gifts.’

He has been nominated for the Nobel Prize in literature several times till date.

Nuruddin Farah met his first wife Indian origin Chitra Muliyil during his study in Panjab University, Chandigarh, India. He married her in 1970. They had a son named Koschin. They later divorced in 1972. In 1992, he married British-Nigerian academic Amina Mama. They have two children, Abyan and Kaahiye.

He is at present residing in Minneapolis, Minnesota, USA and also in Cape Town, South Africa.