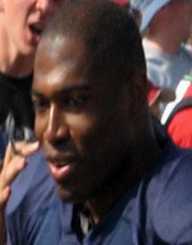 American professional gridiron football player Shaun Alexander was born on the 30 August 1977 in Florence, Kentucky in the United States. His parents were Carol and Curtis Alexander Jr. After his parents divorced when he was a pre-teen, he was raised, along with his brother Darren, by his mother.

During his time at the University of Alabama, Shaun Alexander was an All-American as well as a consensus ALL-SEC (1999) and SEC Player of the Year. He was the holder of 15 Alabama rushing records and three SECs during his senior year. In 2000, he was the 19th overall draft pick by the Seattle Seahawks in the American National Football League Draft.

Playing for the Seattle Seahawks, Shaun Alexander was a Pro-Bowl selection in 2003, 2004 and 2005. In 2002, he set a record when he achieved 16 rushing touchdowns, setting an NFC and franchise record. After leading the National Football League with 28 rushing touchdowns and 1,880 rushing yards, he was voted the Associated Press’ NFL Most Valuable Player (2005). He was the first running back to record fifteen touchdowns in five consecutive games. And he was also the first player to achieve 19 rushing or receiving touchdowns in ten games.

Alexander signed a US$62 million, eight-year contract with the Seattle Seahawks in March 2006. However, due to injuries and other factors, his productivity as a player receded and in April 2008, he was dropped from the team. He signed with the Washington Redskins on the 14 October 2008 but was let go on the 25 November 2008.

Shaun Alexander currently hosts a podcast Finish The Game, does public speaking and is an author. Books he has published include The Walk, outlining his spiritual beliefs and the role they have played in his life and Touchdown Alexander, co-authored with Cecil Murphey.

Shaun Alexander was the first American National Football League player to score 15 or more touchdowns in five consecutive seasons. He was the Associated Press’ Offensive Player of the Year (2005-2006) as well as the NFL Most Valuable Player. Alexander was also selected as a player for the NFL 2000s All-Decade Team.

Shaun Alexander married Valerie Boyd in 2002. They have eight children and live in Washington D.C.

Through the Shaun Alexander Foundation, which is run by his brother Darren, Alexander focuses on encouraging fatherless young men to achieve their goals through education, sport, programmes and leadership training. He is also a spokesman for the National Center for Fathering and the Fellowship of Christian Athletes. Other organisations he is involved with include Rescue Freedom, Parental Rights and the Matt Talbot Center in Seattle.