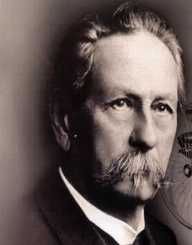 Born Karl Friedrich Michael Vaillant to Johann Georg Benz, a local engine driver by profession and Josephine Vaillant on November 25, 1844, in the Mühlburg district of Karlsruhe, Baden-Württemberg, Germany, Karl Benz is widely regarded as the man behind the invention, evolution and development of the automobiles powered by an internal combustion engine. His father died after suffering from pneumonia when Karl was only two years old. Karl Benz acquired the surname of his father as per the German law and was renamed Karl Benz in memory of his departed father.

Raised by his mother Karl Benz tried to fully utilize the opportunity provided by her in respect to his education in spite of their poor financial condition. His academic progress while attending the grammar school located in Karlsruhe was remarkably good. He continued to excel in his studies during his secondary education as well and opted for the technically-oriented curriculum after completing the same. He underwent training in locksmithing at the Poly-Technical University under the able guidance of their instructor Ferdinand Redtenbacher.

Following his graduation in mechanical engineering, Karl Benz undertook professional training in various companies. However, his sharp high mind was the reason for him being unable to cope with the limited resources and scope of work provided by these companies. His next assignment was as a draftsman and designer in a scales factory (weighing scale, spring balance, etc.) for which he had to move to Mannheim. Continuing his job-hopping spree, he worked for a bridge building company in Pforzheim during 1868 and went to Vienna, Austria for working in an iron construction company for a brief period.

Karl Benz launched his first ambitious project in 1871 when he collaborated with August Ritter and started their Iron Foundry and Mechanical Workshop in Mannheim. After an unsuccessful first year, he found his business partner to be untrustworthy. The working tools of their foundry were confiscated. The situation was taken under control when Bertha Ringer, Karl’s girlfriend, purchased Ritter’s share in the company. Undeterred by the obstacles, Karl Benz focused all his energy and attention on developing a reliable petrol two-stroke engine.

His effort finally achieved the required success on December 31, 1878, when Karl Benz finished his work on it and came with a prototype of the same. He immediately applied for a patent of his newly developed petrol two-stroke engine and was granted the same during 1879. He also patented all the necessary components required to assemble an automobile such as the carburetor, water radiator, clutch, spark plug, gearshift assembly, speed regulator and the battery.

In 1882, Karl Benz and his partner Bertha were forced to include photographer Emil Bühler and his cheese merchant brother as a partner in their venture to get their Factory incorporated as was necessitated by the German law for the high cost involved in it. After the incorporation, their company was renamed as Gasmotoren Fabrik Mannheim, a joint stock company.

However, after completing all the necessary formalities of incorporation, Karl Benz found himself possessing only a 5% share of the company. His ideas were increasingly being ignored while designing new products by the majority stakeholders. Unable to bear such humiliation, he left the company in 1883, just one year after its incorporation.

Karl Benz lost no time in indulging in his old passion for designing and creating an automobile which will be powered by an internal combustion engine after having achieved initial success in their newly formed company. In 1885, his dream came true when he successfully patented his original three-wheeled Motorwagen with features like a four-stroke engine, advanced coil ignition, evaporative cooling, and wire wheels. With this invention, the first practical car powered by an internal combustion engine came into existence.

The original three-wheeled Motorwagen had its limitations. Karl Benz worked diligently over it and with valuable feedback and suggestions from his wife Bertha, who took the vehicle on an experimental trip from Mannheim to Pforzheim, a distance of 106 Km for the first time, successfully overcame various shortcomings of it. In 1893, Benz & Co. switched over to manufacture four-wheeled automobiles in place of the original three-wheeled ones. They started making racing cars in 1899.

In 1926, Benz & Co. famously merged with the manufacturers of Mercedes-Benz automobiles, Daimler-Motoren-Gesellschaft and formed a new company Daimler-Benz. In 1906, Karl Benz along with his sons Eugen and Richard established another automobile company, C. Benz Sons in Ladenburg, the shares of which were strictly held within the close family members. This company was entirely built by the personal wealth of the  Benz family. The company produced good quality automobiles and found demand from London to be used as taxis there.

In 1912, Karl Benz left C. Benz Sons after liquidating all his shares and leaving the company’s responsibilities entirely on his sons Eugen and Richard. However, he continued to serve as one of the directors of Benz & Co.

During his 70th birth anniversary celebration on November 25, 1914, held in his hometown of Karlsruhe, Karl Benz was conferred an honorary doctorate by his Alma Mater, Karlsruhe University.

Karl Benz passed away in his Ladenburg home on April 4, 1929, at a ripe old age of 84 after suffering a bronchial inflammation.