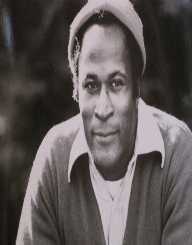 Amos grew up in East Orange, New Jersey, and studied at East Orange High School, from where he graduated in 1958. Amos then enrolled at Long Beach City College, but graduated from Colorado State University, with a degree in sociology.

Amos was very talented in both football and boxing. He played in the Colorado State Rams football team, and he was also a Golden Gloves boxing champion.

After college, John Allen Amos Jr began his career in football. He signed as a free agent with the Denver Broncos in 1964, as part of the American Football League. He was released from the contract on his second day of the training camp when he pulled a hamstring and couldn’t run the 40-yard dash.

He played for both the Canton Bulldogs and Joliet Explorers in the United Football League.

1967 saw Amos back in the American Football League once again, but once again he was released from training camp.

Amos began acting in 1970 when he won the role of the weatherman on The Mary Tyler Moore Show. He was with the show until 1973.

In 1974, he had one of the main roles in Good Times, and was in 61 episodes of the show, airing until 1976. It was during this period that Amos became best known for his role on the television series. Unfortunately, Amos wasn’t satisfied with the show and the direction it was taking, and after arguments with the writers, he was fired from the show at the end of the third season.

In 1977, Amos won the leading role of KuntaKinteas an adult, in the television miniseries, Roots. His acting was lauded, and he was nominated for an Emmy.

John Allen Amos Jr has the honor of having won more TV Land Awards than any other actor. These are for his appearances on The Mary Tyler Moore Show, Good Times, and Roots.

He is also an Honorary Master Chief of the United States Coast Guard.

In 1965, John Allen Amos Jr married Noel Mickelson, an artist, and equestrian. The couple have two children, but they divorced in 1975.

In 1978, Amos married Lillian Lehman, an actress. The marriage was show lived, and the couple divorced in 1979.

Amos married for the third time in 1982. His third wife was Elisabete De Sousa.