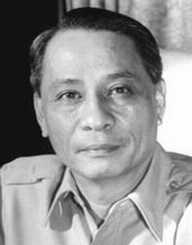 Manuel Roxas was born on January 1st, in 1892. His place of birth was in Capiz, Philippines.

Throughout his political career, Manuel Roxas held numerous political posts. His political career began around 1917. At the time, he served as municipal council’s member of Capiz. From 1919, Roxas took over as the governor. This earned him recognition for being the youngest governor of his home province.

After that, in 1922, he became a member of the Philippine House of Representatives. Since this period, he served as the Speaker of the House for twelve consecutive years.

President of the Philippines

On April 23rd, in 1946, Roxas was voted in as the Philippines President. He won the elections by amassing 54% of the total votes. Unfortunately, Roxas did not get to complete his four-year term as the president. He suffered a heart attack on the night of his death. When he died, Roxas has only served as the president for a year and ten months. He was succeeded by his vice president called Elpidio Quirino.