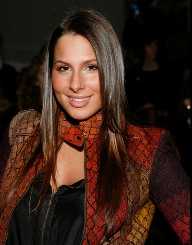 Ashley Alexandra Dupré is an American television personality and former sex worker. Her name featured severally in the sex scandal that led to the resignation of New York Eliot Spitzer in 2008.

Ashley Alexandra Dupre was born as Ashley Youmans on April 30, 1985, in Beachwood, New Jersey. She is the daughter of William Youmans and his former wife Carolyn Capablo. Her parents divorced in her childhood. She grew up in Beachwood with her mother and stepfather Mike DiPietro. Dupre went to Old Mill Elementary School. She joined Wall High School but left in the tenth grade. She then settled with her father in Kill Devil Hills in North Carolina.

At the age of 19 in 2004, she moved to New York in the hope of pursuing a music career. She got a job as a club waitress in Manhattan, New York. After settling in New York, Dupre worked in a couple of other clubs before meeting Jason Itzler. She got introduced to the twilight girls business. Her clientele consisted of the high-end New York personalities. In a while, Dupre changed her lifestyle. She dressed in immaculately expensive attire and had exotic tattoos. She raised eyebrows with her overseas trips especially to France for shopping.

Her friends became suspicious of her dealings. In response, she assured them that she got the sustenance from her rich parents in New Jersey. She then changed her surname from Youmans to DiPietro in 2006. Dupre started working for an escort agency team called Emperors Club VIP. She was given an alias Kristen, to cover her real identity. Unknown to most people, the agency operated a pimping ring of high-end prostitutes within New York.

Dupre traveled to Washington DC for a routine work trip on February 13, 2008. She had a client to attend to in the capital at the Mayflower Hotel. Her client turned out to be the New York Governor Eliot Spitzer. Like always, the agency brokered the deal between Dupre and the governor. The FBI tapped into the conversation between Dupre and Governor Spitzer. The governor’s bank had earlier filed a suspicion on the financial transactions which bordered money laundering. They named the governor and the Emperor Club VIP agency as the main suspects. After gathering evidence from the telephone conversations, the FBI apprehended four people from the agency on suspicion of money laundering and prostituting.

Dupre got immense negative publicity from the media; after it emerged she was the prostitute who had sex with the governor. In response, she kept out of the limelight as the investigations against the governor and his accomplices were going on. In a bid to turn her unfortunate turn of events to her advantage, she released her three songs on the social media platform MySpace. Dupre got thousands of views within a short period. Still, other media and magazines exploited her situation. They posed her portraits to cash in on the situation.

Dupre cooperated with the investigative authorities after the scandal. In return, she got federal immunity from prosecution if she agrees to witness against the accused. Though Governor Spitzer survived the prosecution by the FBI but suffered the political heat. He resigned from office after mounting pressure following his prostitution scandal. Dupre under federal protection testified against the members of the agency. The FBI managed to get successful prosecutions and jail terms for the four Emperor Club VIP agency members.

In 2004, Dupre started pursuing signing as a professional career. She recorded some songs with her mentor Jerry Cooper on the music channel MTV. The following year, she founded her own marketing company to sell promote her music. She extensively used the company Pasche New York in all her concerts, tours and other collaboration agreements in her music activities.

She did other songs and collaborations with musicians such as the hip hop rapper Mysterious. Her single Move Ya Body became a commercial success after topping the charts in the US moments after its release. She is estimated to have netted USD 1.4 million from sales and downloads. Dupre is currently working with manager Jerry Blair.

In 2008, Dupre debuted into the television arena. In November 2008, she appeared on the ABC television program 20/20. She faced hard questions from the host. Dupre got interviewed by Diane Sawyer on the Spitzer sex scandal and how she coped with it. She downplayed the issue on the fact that everyone has a history.

She appeared on the program Famous food. In the show, seven celebrity individuals take turns in competing for the ownership of a restaurant. On the July 10, 2011, episode, Dupre came in the third position.

She got married to Thomas Earle on October 13, 2013, with the wedding in Paris. They have one child. By the time they got engaged in August 2012, Dupre was eight months pregnant.

Ashley Dupre is famous for the sex scandal and the resignation of the New York Governor Eliot Spitzer. Despite her unsocial beginnings, she managed to transform her negative publicity to favor her life. She titled the demand by reports to interview her to popularize her music and downplay the prostitution debate. After giving her evidence in court and being on the screen for a few interviews, she became a bold embodiment of a young woman who took responsibility for her actions.