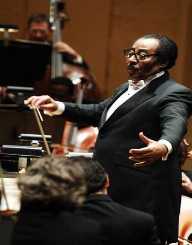 Edmond Dédé was born on November 20, 1827, in New Orleans, Louisiana, United States. Around 1809, post the Haitian revolution, his father migrated to the United States from French West Indies. His father worked as a bandmaster in a militia unit. From his childhood days, Dédé was attracted towards music. Initially, he started playing the clarinet but soon realized his fascination towards violin. He learnt violin fast enough, and his exploits with the instrument made him a child prodigy.

Edmond Dédé later started composing on his own besides taking lessons from famous composers and teachers like Rodolphe Kreutzer, Constantin Debergue, and Ludovico Gabici. Among them, Constantin Debergue was the director of the local Philharmonic Society, and Italian-born artist Ludovico Gabici was the director of the St. Charles Theater Orchestra.

Dédé further refined and augmented his musical skills by taking theory classes from French-born Eugène Prévost, learning the subtler nuances of harmony and counterpoint in the process. Eugène Prévost was the winner of the 1831 Prix de Rome and conductor of the orchestra at the Théâtre d'Orléans. Charles-Richard Lambert, a New York-born Black musician, and father of Sidney and Charles Lucien Lambert was his other music teacher. Lambert was a conductor of the Philharmonic Society.

When Edmond Dédé was taking a short lesson from Ludovico Gabici, hostility towards the musicians of color broke out. He had to abandon his lesson midway and had to flee to Mexico to avoid the conflict. He continued his music studies in Mexico. Around 1852, he came back to the United States. He was keen to move to Europe and started working as a cigar maker to collect money for his intended Europe trip.

Edmond Dédé's first voyage was to Belgium, from where he traveled to his final destination Paris. After landing at Paris, he managed an opportunity to audition for the Paris Conservatory of Music. The audition was successful. He started studying at the conservatory from 1857 and found some future famous companions as his fellow students like Jean-Delphin Alard and Fromental Halevy.

After finishing his studies, Edmond Dédé moved to Bordeaux, France and settled there. For the next 27 years, he continued to serve as the conductor of the orchestra at the Théâtre l'Alcazar in Bordeaux. It was in the year 1864 that he had settled in Bordeaux. In 1893, he returned to his place of birth New Orleans to give a performance. In his lifetime, this was his only visit to his birthplace. During the voyage, the steamer Marseille on which he was traveling was almost ruined in a shipwreck. He survived the ordeal, but his favourite Cremona Violin was lost at sea. He was devastated by the loss and performed at New Orleans with a new instrument. His performance still received thundering applause.

Edmond Dédé's renowned composition ‘Patriotisme’ was performed by him to say goodbye to his place of birth. He used the composition to show his grief for staying far away from his birthplace due to the grim realities of his homeland. He returned to France in 1894 and became a full member of the Society of Dramatic Authors and Composers. He has some memorable compositions to his credit. ‘Mon Pauvre Coeur’ composed in 1852, ‘Quasimodo Symphony’ and ‘Le Palmier Overture’ composed in 1865 are among his few significant compositions.

Before making Bordeaux his permanent residence, Edmond Dédé met French Woman Sylvie Leflet and immediately fell for her. They married in 1864. Their only son Eugene Arcade Dédé was born in 1865. Eugene later became a classical music composer.

Edmond Dédé died in Paris in the year 1903. Most of his valuable compositions are conserved at the Bibliothèque Nationale de France in Paris.