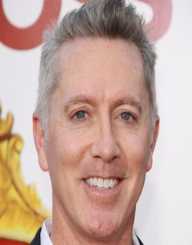 McDonald studied at Servite High School in Anaheim, California, and after graduating, attended the University of Southern California. He graduated with a business degree.

After college graduation, Michael McDonald was working in a bank when he went to the Groundling Theater one night to watch the improv comedy show. He resigned from the bank and joined the improv show in 1992. He was with the show until 1997, during which time he also wrote and directed films.

He moved into television acting and had guest appearances in shows like Seinfeld, Family Matters, and Scrubs.

In 1998, McDonald joined the cast of MADtv. He played the part of several characters, and stayed with the show for 10 seasons, finishing in 2008. He became the longest-serving cast member, performing in 239 episodes. In the final season, he also contributed to the writing and directing.

McDonald has his own stand-up comedy show and tours clubs across the U.S.