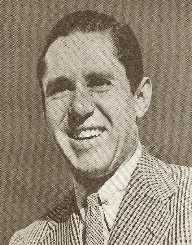 Born on the 31st of May 1866, John Nicholas Ringling is famous for co-founding the Ringling Bros. with his four elder brothers. He later became the co-owner of the biggest circus in the United States with their acquisition of the Barnum and Bailey Circus. John, over the years, made remarkable successes in his businesses and later settled in Sarasota County in Florida, United States, where he invested massively and spent the later part of his life. John died on December 2, 1936. His body was finally laid to rest in the middle of his wife and sister.

Born on May 31, 1866, to August Fredrick Ringling, a German Immigrant, and Marie Salome Juliar. John Ringling was the fifth of six sons - five of whom built the circus empire - and one daughter. The brothers made their first show in 1870 where they charged a penny for an admission fee.

In 1889, their circus had grown from moving on animal-drawn wagons to railroad cars. At this time, the admission charges had increased to 25cents for kids, while adults paid 50 cents.

John Ringling and Mable Burton fell in love and made the nuptial vows in 1905.

John Ringling and his brothers acquired Barnum and Bailey circus (formerly owned by James Anthony Bailey) in 1907. The brothers ran these two circuses with separate managements. However, all the brothers worked in the company; dividing the managerial functions between themselves. John was in charge of making travels and booking for appearances. At this point, the brothers had dominated the industry and were known as the "Circus Kings” in the US.

The Ringling Brothers soon diversified into oil, railroads, real estate and several other investments which paid off massively. John soon joined the Board of Directors at Madison Square Garden, a company where he was a major investor. As of 1925, John’s net worth stood at about 200 million USD.

The Ups And Downs

In the early part of the 19th Century, their success began to dwindle. The unexpected death of Otto in 1911 contributed significantly to this decline. Barely four years after this sad news, Al Ringling, the eldest of the brothers also passed on. While the family was still trying to recover from these great losses and the impact it had on their businesses, the news of Henry's death came in 1918.

Now, the biggest challenge was on how to handle the management of these two giant circuses during the First World War. Inadequate labor, restriction on railroads, and the 1918 epidemic outbreak left the brothers with no better option than to merge the two circuses. Both circuses were eventually combined into one mammoth show in 1918. The Ringling Bros. and Barnum& Bailey Circus made their debut in New York City in the year 1919.

Following Alf T. Ringling’s death, the two brothers – John Ringling and Charles thought it wise to move to Sarasota in Florida where they recorded high gains in real estate investments. Charles and John were very active in the community as they invested more and more in real estate speculations within the locality. At a point, it was recorded that the two brothers had acquired more than 25% of the total landscape of Sarasota, Florida.

Sadly, John Ringling soon became the last standing member of the Ringling Brothers after Charles died in 1926. John continued as president of the company in the following years.

The Great Depression of 1929 dealt a big blow to John's company. However, in the same year, John acquired American Circus Corporation from Jerry Mugivan, Ed Ballard, and Bert Bowers for 1.7 million USD. The circus corporation was made up of Sells-Floto Circus, John Robinson Circus, Hagenbeck - Wallace Circus, Sparks Circus, AI G. Barnes Circus and Buffalo Bill's Wild West Show. With this significant acquisitions, John soon dominated the circus traveling world in the US.

Wealthy John Ringling, just like other rich folks at that time, made regular trips to Europe to scout for arts by Van Dyck, Tintoretto, Rubens, Veronese, Gainsborough, and other Old Masters. These were the first of the several collections of John which can still be found today at The John and Mable Ringling Museum of Art.

Not long after the acquisition of the American Circus Corporation, John Ringling health began to decline, and with the Great Depression which persisted through this period, John's empire was struggling to exist, literally. John soon lost all he ever worked for. He was left with only his home and art collections in his museum. Losing his wife, Mable in June 1929 made things even worse. However, he wouldn’t remain single for long; he married Emily Haag Buck in June 1930. In 1932, the Board of Director of the corporation replaced John Ringling with Sam Gumpertz who was appointed the Vice president and Manager of the circus.

John and Emily’s wedding couldn’t stand the test of time as they broke up in July 1936. The series of sad events seem to have led to John's death which occurred barely five months after his divorce. John Ringling passed on in New York City on the 2nd of December 1936. John was the longest-lived among the Ringlings (none of his brothers reached 70 years before their death) and the last to die.

John who was renowned for his wealth – once ranked the fifth wealthiest men in America – died poor. At his death, his bank credit balance was a paltry $311.The little property he had was willed to Florida State.

John Ringling North, John's nephew, took control of the circus which he eventually sold in 1967.