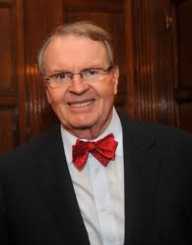 Charles Osgood Wood was a journalist famous for his radio and television shows. Some of the shows he hosted included Sunday Night News and CBS Morning News. Both shows ran from 1994 to 2016.

He later enrolled at Fordham University where he did an Economics Degree. In 1954, he graduated from the university.

Charles Osgood took a job as a broadcaster in the school's radio station after graduating from the university. He, however, quit the job after one year to join the army.

He worked in the army as an announcer for the U.S Army Band. He was also an emcee, a pianist and a singer for the army band.  Osgood spent three years with the army.

In 1973, Charles Osgood married Jean Crafton. The two have four children together. One of Osgood's nephews is film writer and is an Emmy Award winner

After Charles Osgood ended his service in the army, he went back to his hometown, New York. He was hired by the ABC news television and radio as a newsman.

He was forced to drop his surname Osgood to avoid confusion since the company already had a reporter named Charles Woods.

In 1967, Osgood's ambitions to become a news anchor led him to CBS where he worked for News radio 880.

After working for the company for three years, he was given a chance to join CBS Television Network as a news anchor. Together with Walter Cronkite, he was a co-anchor of CBS Evening News. He also doubled as a reporter for CBS Science broadcast.

He replaced Charles Kuralt in 1994 in the Sunday Morning news program, a show which earned him several awards.

Charles Osgood announced his retirement intentions on August 2016 during one of his News programs. On 25th September he held his farewell to celebrate his retirement.

After his retirement from the television, Charles Osgood never stopped reporting. He is the host of Osgood File, a show that is aired in over 400 radio stations in the U.S.

Osgood has written several books. In 1979, he wrote Nothing Could Be Finer than a Crisis That Is Minor in the Morning. He also published See You on the Radio in 1999.