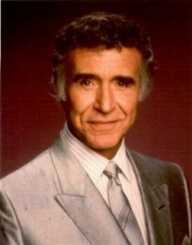 Ricardo Montalban was a Mexican actor known for films including Planet of the Apes and Conquest of the Planet of the Apes. Born on November 25, 1920, he appeared indifferent genres of films including crime, comedy, drama, and musicals in his career that spanned for about seven decades. From 1977 to 1984, he played the role of Mr. Roarke in the television series, Fantasy Land. He had played Khan Noonien Singh in the original Star Trek series, 1967 and its subsequent Star Trek II: The Wrath of Khan, 1982.

He starred in film Escape from the Planet of the Apes, 1971 and the miniseries How the West Was Won, 1978, winning an Emmy Award for his role. He received a Lifetime Achievement Award from the Screen Actors Guild in 1993. Ricardo Montalban also did several commercials for and at a point became the spokesman for the automobile advertisement for Chrysler.

Ricardo Montalban was born on November 25, 1920, in Mexico City. He was born to Spanish immigrants Ricarda Merino Jiménez and Genaro BalbinoMontalbánBusano. He had two brothers Pedro and Carlos and a sister, Carmen and was raised in Torreon. Ricardo Montalban was born with the condition arteriovenous malformation (AVM) in the spine. He left Mexico to the Los Angeles, United States during his teenage. In 1940 he moved to New York City and with interest in acting, earned a minor role in the play Her Cardboard Lover.

Ricardo Montalban started his career by appearing as extra in New York produced Soundies in 1941. Thesame year he had a lead role in He’s a Latin from Staten Island, billing as Ricardo Montalban. However, he had to return to his home country, Mexico after hearing his mother was on her sick bed. While there, he appeared in many Spanish-language films and made himself a star. Upon his return to the United States in 1943, he appeared in films like The Escape, 1944, Cadetes de la Naval, 1945 as Cadet Ricardo Almagro and Nosotros, 1945 as Armando Suarez. Montalban recalls Hollywood studios to change his name to Ricky Martin when he arrived there in 1943. In 1949, he appeared in Border Incident alongside George Murphy, which was his first lead role in film noir. Montalban appeared in the front cover of Life magazine on November 21, 1949, becoming the first Hispanic actor to do that.

Alongside actors like Edith Diaz, Carmen Zapata, and Henry Darrow, he founded the Screen Actors Guild Ethnic Minority Committee in 1972. With his popularity, he became the television spokesman for the new Chrysler Cordoba in 19975. From 1977 to 1984, he played the role of Mr. Roarkein the television series Fantasy Island and that became his famous television role. In 1982, he reprised his role of Khan Noonien Singh in Star Trek episode Space Seed, 1967 in Star Trek II: The Wrath of Khan. His other film roles include The Naked Gun: From the Files of Police Squad!, 1988, Planet of the Apes and Spy Kids.

Ricardo Montalban also did musicals appearing in The Singing Nun, 1966, starring Debbie Reynolds. He also appeared in numerous television productions. Before his death, his did the voice for a guest character in the animated series American Dad in January 2009.

In 1951, Ricardo Montalban was thrown off his horse during the shoot of the film Across Wide Missouri. He fell unconscious and was trampled upon by another horse, which worsened his childhood arteriovenous malformation leading to a severe back injury, which he lived with the rest of his life. The severity of the injury and accompanied pain increased with age and in 1993, he underwent spinal surgery, that paralyzed him below the waist retiring him to a wheelchair. Nonetheless, he continues to pursue his acting career by lending his voice to animated films. He also starred in Robert Rodriguez’s Spy Kids film series in which he used a jet-propelled wheelchair.

Ricardo Montalban was married to actress and model Georgina Young in 1944. They had four children namely Laura, Mark, Anita, and Victor. Georgina Young died on November 13, 2007, at age 84 after 63 years of marriages. Ricardo Montalban was a Christian of the Catholic faith. Pope John Paul made him a Knight of the Order of St. Gregory the Great in 1998, which is the highest honor that can be conferred on a layperson in the Roman Catholic Church.

Ricardo Montalban never applied for American citizenship and remained a Mexican despite living in the US for most of his life. He released his autobiography, Reflections: A Life in Two Worlds, in January 1980. Ricardo Montalban died on January 14, 2009, in his Los Angeles home at age 88. He died of congestive heart failure. He was buried next to his wife at Holy Cross Cemetery, Culver City, California.