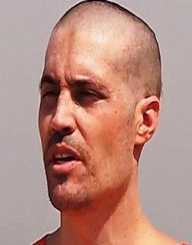 American conflict journalist James Foley was born on the 18 October 1973 in Evanston, Illinois to John and Diane Foley. He was one of five children and was raised in Wolfeboro, New Hampshire.

James Foley graduated from Kingswood Regional High School then enrolled at Marquette University (1996). He later attended the University of Massachusetts Amherst (2002) where he completed the MFA Program for Poets & Writers before studying at the Northwest University’s Medill School of Journalism (2008).

Starting out his working life as a teacher, James Foley changed careers and studied journalism at the Northwest University’s Medill School of Journalism (2008). In 2008, he was in development projects in Baghdad, Iraq, including programmes to rebuild the civil service in the country. Then in 2010, he became an embedded journalist with U.S. troops in Iraq. In January 2011, he was sent on an assignment to Afghanistan. He was removed from this assignment in March 2011 when he was detained because of marijuana use.

James Foley resigned his post and found a position with GlobalPost, an American company, as a journalist. Foley went to Libya embedded with rebel forces with the intent of covering the uprising (2011). Along with another American journalist and a Spanish photographer, Foley was captured by forces loyal to Gaddafi and spent 44 days in jail before being released on the 18 May 2011. He returned home but went back to Libya and subsequently covered Muammar Gaddafi’s capture for GlobalPost (October 2011).

Capture and Death in Syria

During the Syrian Civil War, James Foley was captured and held hostage. Between November and December 2013, 100 million euros was demanded his release from his employer, his family, and the U.S. government. His employer GlobalPost tried to secure his release and hired a security firm to find Foley. The security firm located Foley and tracked his location, reporting that he was moved multiple times. GlobalPost then reported that Foley was held in prison run by the Syrian Air Force intelligence and was in Damascus.

President Barack Obama authorised a rescue mission in July 2014 but by the time it was underway, Foley had been moved. A threatening video of James Foley kneeling in the desert with an ISIL terrorist, masked and dressed in black at his side, was released. James Foley was subsequently beheaded. The United States National Security Council confirmed on the 20 August 2011 that the video was authentic and a British analyst was able to identify the place the footage took place as the hilly countryside south of Raqqa, Syria.

In 2014, the U.S. Justice Department announced that Foley’s death was the subject of a criminal investigation.  In November 2015, Mohammed Emwazi who carried out the beheading of James Foley was killed in a targeted drone strike in Raqqa, Syria.

The James W. Foley Foundation was founded to advocate for the safe return of Americans detained abroad, specifically to protect independent conflict journalists.