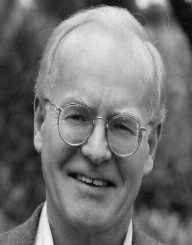 Alfred North Whitehead was born on February 15, 1861. He was a British mathematician who later on became a philosopher. He is known as the philosophical figure of the philosophical school of thought ‘Process Philosophy.’ Alfred was a scientist who majored in mathematics and physics, but his ideas were all based on philosophy rather than science. He contributed in fields such as algebra, logic, metaphysics, and education among other areas.

Alfred was born in Britain, yet a better portion of his life he spent in the United States. He co-authored ‘Principia Mathematica’ with Bertrand Russel. He died on December 30, 1947, in Cambridge, Massachusetts, United States.

Alfred North Whitehead was born on February 15, 1861, in Ramsgate, Kent, England. He was born to Alfred Whitehead and Maria Sarah Whitehead. His father and uncles were vicars at that time. Alfred was enrolled at Sherborne School, Dorset in South England. Though his grandfather had founded Chatham House Academy he parents chose to take him to a public school.

While a student he was right in sports and mathematics. He always came top of his class in a matter regarding mathematics. Alfred was also the head prefect of his course, and he was popular among the students because of his academic excellence.

In 1880, Alfred finished his matriculation from Trinity College, Cambridge. In 1884, he received his BA and was appointed to teach at Trinity College. He explained and wrote mathematics and physics from 1884 to 1910.

Throughout his life, Alfred was interested in theology. He got attached to physics when he was pursuing his fellowship and in his dissertation he researched on James Clerk’s views of electricity and magnetism. With this dissertation he became a physicist on top of him being a mathematician. He however had a different approach to mathematics and physics. He did not apply mathematics and physics scientifically but philosophically.

From 1922 to 1923, Alfred was the president of the ‘Aristotelian Society for the Systematic Study of Philosophy.’ He taught, and he was also a notable writer of physics and the practice of education at the University College and Imperial College in London from 1910 to 1926. In 1916, he addressed the Mathematical Association of England with ‘The Aims of Education.’ The piece was so good that in 1929 he published a book with the same title, ‘The Aims of Education.’

In 1924, Alfred North Whitehead was invited to go and teach philosophy at Harvard University by Henry Osborn. He moved from England and lived in the United States for his remaining life. In 1927, he was invited to lecture on the Gifford Lectures at the University of Edinburgh. The lectures were later published in 1929. Alfred developed a new perspective on the concept of nature though philosophy.

In 1880, Alfred North Whitehead got married to an Irish woman, Evelyn Wade. They had three children, Jessie Whitehead (daughter), Thomas North Whitehead (son) and Eric Whitehead (son). Eric Whitehead died at 19 while serving in the Royal Flying Corps during World War I. In 1910, Alfred resigned from being a lecturer at Trinity College and moved to London. Alfred was a pioneer of mathematics and philosophy. Alfred died on December 30, 1947, in Cambridge Massachusetts, United States.