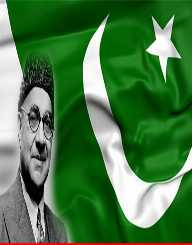 Liaquat Ali Khan was born on October 1, 1895, in Karnal, British India (currently India) His father was Nawab Rustam Ali Khan, and his mother was Mahmoodah Begum.

Liaquat Ali Khan attended the Muhammadan Anglo-Oriental College. He graduated from this school in 1918. His grades earned him a scholarship to study at Exeter College at Oxford University in England. He ended up attended this school and earned his master’s degree in law in 1921 and pass his bar exam in the next year.

Liaquat Ali Khan moved back to India in 1923. In the same year, he joined the All India Muslim League. It was also around this time that he began to become interested in politics, but it wasn’t until 1926 that he actually became professionally involved in politics. It was in this year that he was elected to be a member of the United Provinces Legislative Council.

In 1930, Liaquat Ali Khan attended the First Round Table Conference. Khan attended this with Muhammad Ali Jinnah, who he would work closely with for much of his career.  Later on, in 1932, Khan was elected to be the Deputy President of the UP Legislative Council, and in 1936 he became the Honorary General Secretary.

In 1947, Pakistan became its own country. It was also in this same year that Liaquat Ali Khan was elected as the first prime minister of this new country. He had high hopes for what Pakistan could become. However, during his first year of a prime minister, Pakistan became caught up in the Indo-Pakistan War. Some people learned to love Khan, while other groups hated him (mostly communist groups within the country). In 1949, the first National Bank of Pakistan was created. He also worked hard with Ziauddin Ahmed to improve educational standards around the country. He also worked closely with Salimuzzaman Siddiqui during his time as prime minister.

On October 16, 1951, Liaquat Ali Khan attended a meeting with the Muslim City League. It was here that he was shot twice by an assassin. It has been assumed that the assassin (Sa’ad Babrak) had been hired to do the gruesome deed. However, it is still not known why he was hired or who hired him. It is likely that someone who had differing political groups from Khan, or a group of people like this, hired Babrak to assassinate Liaquat Ali Khan. After his death, he was succeeded by Khawaja Nazimuddin.

Liaquat Ali Khan was first married to his cousin, Jehangira Begun in 1918. This couple had one child together. He later took on a second wife, Begum Ra’ana in 1932. Ra’ana late worked within the government with her husband. This couple had two sons together.

Liaquat Ali Khan died on October 16, 1951, in Rawalpindi, Punjab, Pakistan. He was 56 years old when he passed away. Since his death, he has been known as the Martyr of the Nation, since he was so brutally assassinated.