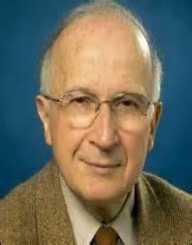 Robert Burns Woodworth was born on April 10th, in 1917. He is on the famous list for being an American organic chemist. Many regard his as the most distinguished organic chemist of the 20th century. This was due to the numerous contributions that he brought into the organic chemistry field. He earned high acclaim primarily for his contribution in organic synthesis. Later in his career, he was honored with a Nobel Prize in chemistry. He earned this award in 1965.

Robert Burns Woodworth was born on April 10th, 1917. His birthplace was in Boston, Massachusetts. He was the son of Margaret and Arthur Chester Woodward. Unfortunately, his father passed away a year after his birth. He had succumbed to an influenza pandemic of 1918. Her mother soon got married for the second time. Nonetheless, this marriage did not last for long as the couple soon separated. Therefore, Woodworth was brought up solely by his loving mother, Margaret.

Right from a tender age, Robert Burns Woodworth took chemistry classes while he was taking classes in one of the public primary schools. Shortly after, he joined Quincy High School located in Quincy, Massachusetts. By the time Woodworth joined high school, he had performed several experiments that were documented in Ludwig Gattermann's textbook. This was among the most used learning material in organic chemistry at the time.

In 1933, he enrolled with the Massachusetts Institute of Technology. Woodworth failed to complete his studies here as he often neglected other important courses to study. His main point of focus was only in chemistry. Consequently, he was expelled from the institution.

James Flack Norris, his advisor, admired his talent and as a result, did not want to lose such a talented individual. Norris took some time to defend his case and this allowed Woodworth to take examinations without necessarily attending classes. For that reason, Woodworth was back in Massachusetts Institute of Technology in 1935. The following year, he graduated with a Bachelor of Science degree. After that, in 1937, he earned his Ph.D.

Robert Woodworth’s career took off while he was a fellow at the Illinois University. After six months, he went on to join the Harvard University as academic research professional. This is where he stayed throughout the rest of his career. His role as a junior fellow at Harvard University came to an end in 1938. Nevertheless, he took different posts in the institution. During the 1960s, he was crowned the Donner Professor of Science. This meant that he could focus his attention on research.

Woodworth’s research career was instigated in the early 1940s. During this period, he published several papers that revolved around ultraviolet spectroscopy. In 1944, while working with his partner named William von Eggers Doering, he made an official report that documented the alkaloid quinine synthesis process which was meant to treat malaria. However, this was later considered as a tedious task in adopting the discovery on a large scale. In spite of this, Woodworth earned high acclaim due to his extensive research in chemical synthesis.

In the late 1940s, he continued with his chemical synthesis research. Several complex products that he synthesized included cholesterol, strychnine, quinine, reserpine, colchicine and several others. With all these lined up, this period was identified as the 'Woodwardian era.' Years passed an in the 1960s; his efforts in the chemistry field were appreciated as he was honored with a Nobel Prize in the same field.

Robert Woodworth married Irja Pullman in 1938. The two lovebirds had two daughters in their relationship. In 1946, he married for the second time to Eudoxia Muller. This relationship also gave rise to two children. However, the two went separate ways in 1972.

Robert Woodworth passed away on July 8th, 1979. He had suffered a heart attack which led to his death. He was 62 years old when he breathed last