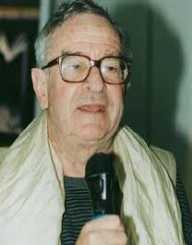 Edward S. Behr was a war correspondent, journalist, and author.

Edward Samuel Behr was born on May 7, 1926, in the city of Paris, France. He came from a wealthy family of Russian-Jewish origins. His father’s name was Felix and his mother’s name was Eugenia.

Edward S. Behr was a student at the Lycée Janson-de-Sailly in Paris. He then attended St Paul’s School in London. He later earned a Bachelor of Arts and a Master of Arts in History from Magdalene College at Cambridge University.

After graduating high school, Edward S. Behr enlisted in the British Indian Army. He joined the North-West Frontier as an intelligence officer. He rose up to the rank of acting brigade major and left the service in 1948.

Edward S. Behr first became a reporter in Paris and London for the news agency Reuters. He then joined the European Coal and Steel Community in Luxembourg as a press officer for the diplomat Jean Monnet. In 1957, he became the Paris correspondent of Time magazine. He covered the fighting and unrest in Lebanon, Ireland, Angola, Congo, and the Indo-Chinese border. In 1961, he published The Algerian Problem, a book about the war in Algeria. He then became the bureau chief for Time magazine in New Delhi, India. He also became a correspondent for the American magazine Saturday Evening Post.

In 1965, Edward S. Behr joined the staff of the American magazine Newsweek. He became the chief of the Asian bureau in Hong Kong. He reported on many Asian countries, such as China and Vietnam. From 1968 to 1972, he was the bureau chief in Paris. He reported on events such as the student uprising in Prague and the dictatorship of Romanian Communist leader Ceausescu. In 1973, he became the chief European editor of Newsweek. In 1978, he published his memoir, titled Bearings: A Foreign Correspondent’s Life Behind the Lines.

In 1987, Behr decided to shift his focus from journalism to writing. He wrote the biographies Kiss the Hand You Cannot Bite: The Rise and Fall of Ceausescu and Hirohito: Behind the Myth. He wrote short books about the musicals Les Misérables and Miss Saigon. He worked with BBC on TV documentaries about Emperor Hirohito and the Tiananmen Square Massacre. His biography of Ceausescu was adapted into a TV documentary on PBS. He also wrote the biographies Pu Yi, the Last Emperor and Thank Heaven for Little Girls: The True Story of Maurice Chevalier’s Life and Times.

Edward S. Behr won the Gutenberg Prize for his biography of Emperor Pu Yi. He received an Emmy nomination for the TV documentary on Ceausescu.