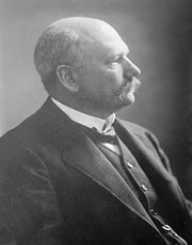 Lafayette Mendel was born on February 5, 1872. He was an American Biochemist, nutritionist, publisher, and researcher. He died on December 9, 1935.

Lafayette Mendel was born on February 5, 1872, in New York. He was born to Benedict Mendel a Merchant and Pauline Ullman. He gained scholarship after the completion of his preliminary studies to Yale University, New York. In 1891, he graduated in classics, economics, and humanities alongside biology and chemistry with a Degree in honors. He then performed his graduate work at the Sheffield scientific school where he studied physiological Chemistry under Russell Henry Chittenden. In 1893, he finished his Ph.D. course with the ‘Study of Seed Storage Protein Edestin Extracted from Hemp seed’ as his thesis topic.

After his Ph.D., Lafayette Mendel became the assistant in physiological chemistry at Sheffield School. He then studied the aspects of physiological chemistry in Germany for a short while. In 1896, he returned from Germany and became the assistant professor at the Yale University. In 1903, he became a full-time professor. He was among the top-ranked Jewish professors in the United States of America.

Lafayette Mendel was engaged in appointments from both Yale School of Medicine and Yale Graduate School. He alongside Chittenden became the co-principle founders of the Nutritional Science. He alongside Thomas B. Osborne, an American biochemist, collaborated in the establishment of essential amino acids. In 1913, he together with Osborne found that butterfat constituted Vitamin A whereas water-soluble Vitamin B was abundant in milk and both were complimentary for healthy living. They later found out that a person lacking vitamin A had a risk of suffering from Xerophthalmia.

Lafayette Mendel then profounded the importance of tryptophan and lysine in a balanced, healthy diet. They also found out that the amount of amino acids in a protein determines its nutritive value. They wrote more than 100 articles. In 1916, he wrote his article ‘Changes in the Food Supply and Their Relation to Nutrition’. In 1923, his article ‘Nutrition, the Chemistry of Life’ was published.  In 1921, he served as the Sterling Professor of Physiological Chemistry.

Lafayette Mendel was the first President of the American Institute of Nutrition. In 1913, he joined the National Academy of Sciences. In 1921, he served as the Yale university’s Sterling professor. In 1927, due to his outstanding Chemistry contributions, he received a gold medal from the American Institute of Chemists. In 1935, he won the Conné Medal of the Chemist’s Club of New York.

In 1917, Lafayette Mendel married Alice R. Friend with whom they had no children. His house situated in New Haven became a National Historic landmark after his death. On December 9, 1935, he died of a heart condition. He died at the age of sixty-three.