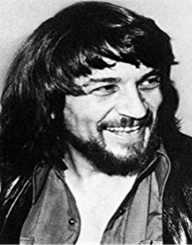 American singer, songwriter and actor Waylon Arnold Jennings was born on June 15, 1937, on G.W. Bitner farm in Texas. His mother came from the Cherokee and Comanche family line, but his father has Irish and Black-Dutch ancestry. His father worked at the Bitner farm but later moved to the family to Littlefield and established a creamery.

Jennings showed interest in music from an early age. His mother taught him how to play some songs on the guitar and bought him his guitar. He started to perform to his family and later went to perform at the Youth Center with his friend Anthony Bonanno. He won a Channel 13 talent show by singing “Hey Joe.”

Jennings started out his career after he got a permanent spot on KVOW in Littlefield. He had a weekly 30-minute program, which was well accepted by the audiences. After his first success on the show, he formed his band. When he was 16 years old, Jennings had problems with discipline at school. He dropped out and worked several jobs, until deciding that music should be his career. He often performed on the local country radio station KDAV, where he met Buddy Holly. They became friends and often met during their shows.

Besides his work at radio stations, in 1956 Jennings also started to work as a DJ. His program consisted of two hours of Country classics, two hours of current Country and two hours of mixed recordings. He later got fired from the job for playing records his boss did not approve of. KVOW was later purchased by DJ Sky Corbin and appointed Jennings to be the station’s first DJ. He along with other DJ’s produced various jingles for TV commercials. His popularity grew, and Jennings often made public appearances. He was then hired by Holly who improved his image and arranged record sessions. He also hired Jennings to play electric bass during his Winter Dance Party Tour.

The tour began with various problems. The distances turned out to be too long, creating logistic problems and the unheated tour buses broke down due to cold. The drummer even suffered frostbite to his toes and had to be hospitalized. Holly decided to find other means of transportation and chartered a four-seat airplane to get from Mason City, Iowa to Moorhead, Minnesota. All members of the band couldn’t go, and Jennings voluntarily gave his seat to another member of the band. Upon saying goodbye, Holly and Jennings said goodbyes with a joke. Holly said “ Well, I hope your ol’ bus freezes up!”, To what Jennings replied, “Well, I hope your ol’ plane crashes.” An hour later, the charter plane crashed into a cornfield, killing all people on board. Jennings felt responsible for the day that is known in history as The Day That Music Died.

Jennings moved to live in Coolidge, Arizona and performed at the Galloping Goose bar, where he met Earl Perrin, who offered him a job on KCKY radio. He also performed in various theater and bars. At this point, Jennings formed his band The Waylors and started to play regularly in Scottsdale. In 1961 Jennings signed his first records contract with Trend Records, but two years later switched to A&M records.

His first singles were not widely successful and mostly were played on the local radios. While driving through Phoenix, singer Bobby Bare heard Jennings’ song on the radio and suggested to Chet Atkins that he should sign him. He was released form A&M and soon signed to RCA Victor. After this move, Jennings made on the Billboard Hot Country Songs chart. He released his first album Folk-Country, which was followed by two more albums – Leavin’ Town and Nashville Rebel. These albums were successful, and some of the singles reached top 20 on the charts.

During his time in Nashville, Jennings was renting an apartment together with Johnny Cash. Jennings was often booked for concerts located far from each other in close dates. Accommodation and travel expenses took a toll on Jennings’ finances. At the time, he increased his use of amphetamines. In 1972, he released a single “Ladies Love Outlaws,” which was the first song from his next album Outlaw Country. Nashville sound was denying him creative freedom, and since his contract was coming to end, Jennings decided to sign with RCA Records. His following albums were a success, and in 1976, album Are You Ready For The Country was certified gold. In 1979 Jennings made his TV debut by joining the cast of CBS’ The Dukes o Hazzard as the Balladeer and the narrator.

In the 1980’s, Jennings, Johnny Cash, Nelson and Kris Kristofferson formed a band The Highwaymen. Besides his work with the group, he also released album WWII with Willie Nelson. In 1985 he joined Music Corporation of America and released his album Will the Wolf Survive, which reached number one on the Billboard top.

During the 90’s his sales dropped down, but he continued to perform live, where his shows were always full. In 1998 Jennings and three other country musicians formed a band Old Dogs. Jennings’ last album was the Never Say Die: Live.

Jennings has been married four times. His first wife was Maxine Caroll Lawrence, who he married in 1956. They had four children. His second marriage was in 1962 to Lynne Jones, but they divorced in 1967. His next wife was Barbara Rood, which was followed by marriage to Jessi Colter in 1969. In the 80’s they almost divorced, because of Jennings problems with drug addiction. However, they remained together until Jennings’ death in 2002.

Jennings started to use amphetamines, while he was living with Johnny Cash, in the mid 1960’s. He was once arrested for possession of cocaine with intent to distribute. While the DEA were waiting for the warrant to search his studio, Jennings disposed of his cocaine and the charges were later dropped due to lack of evidence. In the 80’s his cocaine addiction was very intensive. He even claimed to spend $1,500 a day on it, leaving him bankrupt and in debt up to $ 2.5 million. In 1984 he quit using.

Jennings had many health problems throughout the years. Besides using drugs, he also smoker around six packs of cigarettes a day. He quit smoking in 1988, but he had to undergo triple bypass surgery after having chest pain. He also had diabetes, which got worse in 2000. Jennings had reduced mobility and had to stop touring. The following year his left foot was amputated due to diabetic complications. He died in 2002.