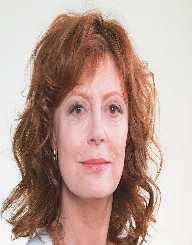 Susan Sarandon is an American activist and actress was born on October 4th, 1946. She is famous for her 1996 role in Dead Man Walking which earned her an Academy Award for Best Actress. She has also acted in other major roles throughout her career. These include The Rocky Horror Picture Show, Thelma & Louise, Anywhere but Here, Enchanted and Elizabethtown.  During her career as a liberal activist, she has been involved with EMILY's List, Occupy Wall Street movement, and the UNICEF. In her role in The Rocky Horror Picture Show, she co-starred along with Tim Curry.

Susan Sarandon was born on October 4th, 1946. Her place of birth was in Jackson Heights, Queens, New York City in the United States. She is the first born child of Philip Leslie Tomalin and his wife, Lenora Marie. Her father earned a living as a television producer and an advertising executive. She has eight siblings.

Susan Sarandon attended Edison High School where she graduated in 1964. Subsequently, she was admitted to the Catholic University of America. By 1968 she was through with her studies.

Susan Sarandon began her career in the movie industry with a supporting role as Melissa in Joe which was released in 1970. In the 1970s she acted other roles in several films till 1975 when she finally make a breakthrough. This was with her role in The Rocky Horror Picture Show where she was cast as Janet Weiss.

In 1977, Susan Sarandon featured in The Other Side of Midnight playing the role of Catherine Alexander. This film was a huge hit and was honored with several awards. In fact, Susan was among the nominees for the Academy Award for Best Actress for this role.

In the 1980s, Susan Sarandon continued her fame in acting including her role in The Hunger in 1983.  Also in 1988, she was cast in Sweet Hearts Dance and also Thelma & Louise. Her role in the 1995 movie Dead Man Walking was as Sister Helen Prejean.

In the 20th century, Susan Sarandon acted in a movie such as the 2001 Goodnight Moon. In 2004, she featured in Shall We Dance followed by Speed Racer later in 2008. The following year, she acted in The Lovely Bones.

In 1967, Susan Sarandon married Chris Sarandon, an actor. Later in 1979, the couple went separate ways.  Afterward, Susan began a relationship with Franco Amurri, a filmmaker and even had a daughter Eva Amurri with him in 1985. From 1988 till 2009, she was in a relationship with Tim Robbins also an actor. The two were blessed with two sons named Jack and Miles. Her daughter Eva followed her mother’s footsteps and also became an actress, appearing in the series Californication and also in New Girl.