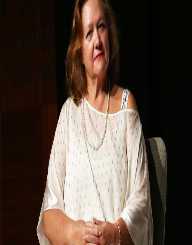 Gina Rinehart was born on the 9 February 1954 in Perth, Western Australia. She was the only child born to Lang Hope Margaret Hancock.

Gina Rinehart was a pupil at St Hilda’s College in Perth. After high school, Rhinehart attended the University of Sydney but did not graduate, finding the left-wing culture unpalatable. Instead, she joined her father’s business.

Lang Hancock had discovered iron ore in the Pilbara region of Western Australia during the 1960s and Rinehart spent part of her childhood with her parents in the remote Pilbara in the north-west of the state. Her father saw her as the natural successor to his business, and she spent a lot of time at his side absorbing his methods and learning from him Rinehart had a good relationship with both her parents and a close bond with her father, sharing many personality traits.

In 1992 Rinehart was appointed Executive Chairman of Hancock Prospecting Group and had shown proved herself to be an astute businesswoman on the world stage.

Gina Rinehart has overseen the substantial growth of the company, Hancock Prospecting Group. Some of her first measures were to apply for tenements at Roy Hill in Western Australia, to apply for the Alpha and Alpha West coal tenements in Queensland and adding to the company’s holding at Kevin’s corner. She was involved in the Jacaranda Joint Venture Alliance (2007), joint ventures in coal tenements in Queensland (2011-2012). All of which is managed by her company.

Her primary focus has been Hope Downs, and she has succeeded in taking the tenements from temporary titles to stage agreement, investing in much exploration and research. Building three mines including Hope North (2007), Hope South (2008) with joint venture partner, Rio Tinto Ore.

Gina Rinehart has won numerous awards and accolades including the Diggers and Dealers Deal of the Year in 2006 for Hope Downs. An Australian Export Heroes Award in 2009 for her extraordinary contribution to the growth and development of Australian exports. In 2009 she was presented with the Telstra: West Australian Commonwealth Bank Business Owner Award. In 2011 Rinehart was inducted into the 100 Year Centenary Hall of Fame (WA), won the Global Leadership Award and the Government Media Mining Awards for Outstanding Leadership in a Mining Company.

In 2014 The Chartered Institute of Logistics and Transport in 2014 presented Rinehart with a Lifetime Achievement Award.During 2015 Rinehart was awarded the Australian Mining Prospect Award: Contribution to Mining. An IMARC Inaugural Lifetime Achievement Award and the Sydney Mining Club: Australian Miner of the Decade. Awards continued in 2016 including a 2016 Momentum Most Inspiring Woman of the Year Award, the Global Lifetime Brand Icon Awards in Minerals & Education, an Honorary Life Membership of the Institute of Public Affairs and a Federation Star Award from the International Women’s Federation of Commerce and Industry.

Life was made difficult for the family when shortly after the death of Hope Margaret Hancock from cancer, Lang Hancock married Rose Lacson, a young woman Rinehart had employed as a housekeeper for her father after her mother’s death.

Lang Hancock's remarriage led to family conflict, and relations between father and daughter were strained for a few years. They reconciled in the early 1990s, and when Lang Hancock died suddenly, there were accusations that his death could have been prevented. This led to an inquest into his death and a long-running legal dispute between his daughter and his widow Rose.

In recent times the family has been in the news again with three of Rinehart’s children suing her over the terms of a trust fund set up by their grandfather.