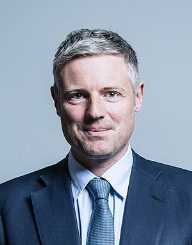 Benjamin James is popularly known as Ben Goldsmith. He was born on October 28th, in 1980. He is an English businessman and an environmentalist. He is also the son of a tycoon under the Goldsmith’s family called James Goldsmith. His mother was named Lady Annabel Goldsmith. Ben is notable for using his wealth in the promotion of philanthropic projects and other environmental enhancement deals.

Ben Goldsmith was born on October 28th, in 1980. His place of birth was in London. He was the youngest son of tycoon James Goldsmith who was a member of the famed Goldsmith family. Ben’s mother was the third wife of his father. Ben has an older brother and a sister called Zac Goldsmith and Jemima Khan.

Benjamin James looked up to his brother who had a strong influence on him regarding getting to fall in love with the environment. This was a habit that they both inherited from their late father. Their father invested secretly in projects that cared for the environment.

Benjamin James enrolled at Eton College where he pursued his college education but did not continue with his education to the university. After graduating from college, he became a trainee at the Hargreave Hale who is a private brokerage company. After this, he went on to work with Quintessentially Group. During this time, Ben had begun investing in businesses that were related to the environment. However, they never succeeded.

In 2003, Ben signed as one of the partners to WHEB and proved to be a significant asset to the organization since he was its financial advisor. In the same year, he aided in the establishment of UK Environmental Funders Network. One of the goals of this organization was to help in dealing with large-scale environmental problems such as global warming.

Benjamin James has also been active in the political arena. In 2004 for example, he donated £20,000.00 to the Green Party of the UK. He also made his vast contribution before the 2010 general elections. During this period, Caroline Lucas from the Green Party clinched one of the seats as a member of parliament. There are also evidences documenting that Ben has generously offered his contributions to the Conservative Party of UK.