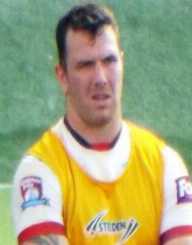 Mel Meninga is well-known rugby player and manager.  The Hall of Famer has been successful since the late 1970s.

Mel Meninga was born on July 8, 1960, in Bundaberg, Australia.  His birth name is Malcolm Norman Meninga.  His father Norman played for the rugby league in Queensland.

Mel Meninga was also very tall for his age.  He had to play rugby with older kids because of his height.

Mel Meninga got his start in professional rugby with the Brisbane Rugby League premiership.  His first team was the Souths Logan Magpies in 1978.  In 1979 Mel Meninga was the center for Queensland in the Amco Cup.  Queensland won its first State of Origin competition in 1980.  Mel Meninga contributed with seven goals on seven attempts.

Mel Meninga played his first international test in 1982.  While Mel Meninga played hard against New Zealand, Mel Meninga dislocated his elbow within the first 30 minutes of the competition.  Mel Meninga and the 1982 Australian national team were named “The Invincibles” as they were undefeated during their European tour.  The top scorer with 166 was Meninga. In 1984, Mel Meninga signed on with the St. Helens team.  The team won the Lancashire Cup final that same year.  He was not able to participate the following year due to multiple injuries.

When the 1987 season started, Mel Meninga signed on with the Canberra Raiders.  Mel Meninga did not play as much because of previous injuries.  Mel Meninga also missed much of the 1988 season as well as the World Cup finals due to his injuries and recovery.

In 1990, Mel Meninga was designated the national captain.  The team managed to defeat Great Britain in the Ashes test in order to keep the victory in their name since 1974.  Mel Meninga also captained the 1992 winning World Cup team in London.

After Mel Meninga retired from playing, Mel Meninga wrote a book.  The memoir Mal Meninga:  My Life in Football was published in 1995.  He also ran for the Australian Capital Territory Legislative Assembly seat in 2001. However, Mel Meninga resigned mid-campaign.  Between his stints as coach for Canberra and Queensland, Mel Meninga started some business.

Mel Meninga was a produce wholesaler in the Brisbane Markets as well as the owner of some of the Strathfield Car Sound outlets.

After Cyclone Pam devastated the island republic of Vanuatu in 2015, Mel Meninga called to the National Rugby League and its fan to its reconstruction.  Meninga's family on his father's side comes from the island country.  Cyclone Pam was the worst natural disaster in the history of the country.

The NRL donated $65,000 to UNICEF Australia and pledged $50,000 through the help of community donations.