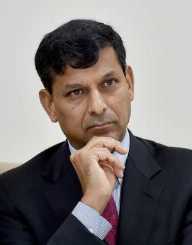 Raghuram Rajan was born on February 3, 1963. He is an Indian economist, and he also served as the 23rd Governor of the Reserve Bank of India. He was the Governor of the Bank for three years, and in the three years, he brought back the worth of the Rupee after inflation. He also served as a professor at the University of Chicago, Booth School of Business from 1991 to 2013. He is well known for his support of sound economic systems in countries.

Raghuram Rajan was born on February 3, 1963, in Bhopal, Madhya Pradesh. He was born to Govindarajan who was an Indian Police Service Officer and his wife. He was brought up alongside three siblings. Rajan attended Delhi Public School, RK Puram where he graduated from in 1981. In 1981, he joined the Indian Institute of Technology, Delhi where he took electrical engineering.

Raghuram Rajan graduated in 1985, with a Bachelors Degree in Electrical Engineering and was awarded the ‘Director’s Gold Medal’ for being an outstanding student from the Ivy League Institution. He went ahead to join the Indian Institute of Management, Ahmedabad where he completed his Post Graduate Diploma in Business Administration. In 1991, he graduated from MIT Sloan School of Management with a Doctoral Degree in Management.

Raghuram Rajan became an assistant professor at the Booth School of Business which is affiliated with the University of Chicago. In 2003, he was appointed as the IMF Economic Counselor and Director of Research. He served in the position for three years as he was a good economist. In the same year, he penned the book ‘Saving Capitalism from the Capitalists: Unleashing the Power of Financial Markets to Create Wealth and Spread Opportunity.’

In 2005, Raghuram Rajan put out his analysis of global economies in a paper titled ‘Has Financial Development Made the World Riskier?’ The document was not received well as it was criticized by a lot of people but with time the critics came to realize that whatever he had said in the paper was happening in current economies. In 2007, he went back to lecturing. In 2008, he was offered the position of an economic adviser by the then Indian Prime Minister, Dr. Manmohan Singh.

In 2010, Raghuram Rajan published the book titled ‘Fault Lines: How Hidden Fractures Still Threaten the World Economy.’ This book was received well by the general public and critics as well. The book was named among the best financial book of the year in the Financial Times. In 2011, he presided over the American Academy of Arts and Sciences.

In 2012, Raghuram Rajan was appointed the Chief Economic Adviser of the Government of India. In his position, he was assigned to conduct the Economic Survey for India during the year 2012 and 2013. In September 2013, he became the 23rd Governor of the Reserve Bank of India. He was the youngest ever to hold that position. He is committed to bringing down inflation in India. In September 2016, he demitted the office of the Governor of the Reserve Bank of India. Currently, he is serving as the vice chairman of the Bank of International Settlements.

In 2003, Raghuram Rajan was conferred with the ‘Fischer Black Prize’ by the ‘American Finance Association.’ In 2013, Raghuram Rajan won the 5th ‘Deutsche Bank Prize for Financial Economics 2013’ for his exemplary work.

Raghuram Rajan married Radhika Puri Rajan whom he met at the Indian Institute of Management where they were both students. His wife teaches at the University of Chicago Law School. The couple has two children, a son, and a daughter.