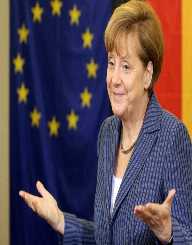 Angela Merkel was born on July 17th in 1954. She was born in Hamburg Germany. Merkel is famous for her role as the Chancellor of Germany. What makes her remarkable is the fact that no other woman has ever held this office in the history of Germany. The fall of the Berlin Wall marked her entry into politics in 1989. The mere fact that she is the current Chancellor Of Germany; this makes her a leading figure in the EU (European Union).

Angela Dorothea Merkel was born on July 17th, 1954. She is the daughter of Horst Kasner who was a Lutheran pastor and her mother, an English teacher by profession. Merkel has other small siblings namely Marcus Kasner and Irene Kasner. Merkel was good in school as she performed well in mathematics and Russian. After proceeding from her high school, she enrolled at the University of Leipzig. Here, she majored in physics from 1973 after which she graduated in 1978. Immediately after her graduation from the university, she continued her studies while getting paid at Central Institute for Physical Chemistry situated in Berlin. She stayed here from 1978 to 1990.

Angela Merkel was part of the federal elections which took place in 1990. In these elections, she managed to be elected as Bundestag for the electoral constituency which was then referred to as Stralsund – Nordvorpommern – Rügen. She did not only win once these federal elections for the constituency, but she won it six times.

In 1989, the barrier dividing Berlin was brought down by government officials. After this, Merkel made a point of uniting with the CDU (Christian Democratic Union). It did not take time before she got an appointment with the women and youth’s cabinet minister. In 1994, Merkel got her promotion in politics by being given the duty to serve as Minister for the Environment and Nuclear Safety. This was an excellent platform for Merkel to easily get noticed and work on building her political career to the top.

The 1998 general elections brought major changes in the CDU party as Kohl's was defeated. Merkel, therefore, stood as the party’s secretary-general. By the year 2000, she got elected to the position of CDU leader. However, she failed in her first campaign for chancellor’s candidacy in 2002. Edmund Stoiber had won these elections. Merkel did not give up as she went for the candidacy seat again in 2005 winning narrowly by only three seats. She defeated Gerhard Schröder to earn herself a position that would change German’s history as well as her political career. She went on to become the first female ever to assume a position of the Chancellor of Germany. She also made history as she was recognized as the first woman leading Germany since becoming a modern nation state back in 1871. Her important role in the seat landed Merkel her second reelection to office.

While Angela Merkel was 23 years old, she got married to Ulrich Merkel. She took his surname after this marriage. In 1982, the couple divorced. Her current husband, Joachim Sauer married her in 1998.