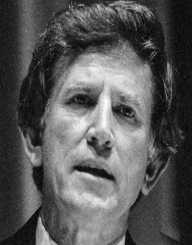 Gary Hart was born on November 28th, in 1936. He earned his fame through his political career. Besides this, he was also a good lawyer and a diplomat. He is best remembered for being among the pacesetters for the Democratic presidential nomination which occurred in 1988. However, he moved aside due to extramarital affair issues that he had with Donna Rice.

Gary Warren Hart was born on November 28th, in 1936. His place of birth was in Ottawa, Kansas. His father, Carl Riley Hartpence worked as a salesman. His mother, Nina was a homemaker. Together with his father, Hart decided to alter their names as they were difficult to remember. Therefore, instead of using Hartpence, they opted to shorten it to Hart.

Gary Hart was raised in a religious background mostly under the Church of the Nazarene. This greatly helped him to earn a scholarship with a college that was closely linked with the church. The college was called Bethany Nazarene College. He later graduated from the institution in 1958 with a degree in philosophy. It is while taking his college studies here that he crossed paths with his future wife called Oletha Ludwig. The two tied the knot in 1958.

In 1961, Hart obtained his bachelor of divinity degree from Yale Divinity School. After this, he went for his law degree at the Yale Law School.

In the elections which took place in 1972, Gary Hart was chosen by George McGovern to direct his presidential campaign bid. Hart worked alongside Rick Steams, and they helped McGovern win the nominations. However, McGovern later lost the elections.

Two years later after McGovern lost his presidential bid, Gary Hart decided to ran for the U.S. Senate. His primary opponent was Peter Dominick, a Republican that had already served for two terms. One thing that helped Hart was the fact that Colorado was more inclined to the Democrats in the early 1970s. Similarly, his opponent, Dominick supported the unwelcomed President Nixon. As a result, Hart emerged the winner in the elections.

After that, in 1980, he tried running for the same position for his second term. He emerged the winner after amassing 50.2% of the total votes.

With the rising progress in his political ambitions, Gary Hart sought out to try running for the office of the president in the elections which were to take place in 1984. At the time, however, Hart was not famous. Also, he was competing against renowned individuals such as Jesse Jackson, John Glenn, and Walter Mondale. Hart was later defeated by Mondale in the nominations. By the end of the campaigns, he was left in a considerable debt amounting to over $1 million.

Hart did not give up easily, and as a result, he decided to run for the office of the president again in 1988. Nevertheless, he later suspended his campaign after allegations that he had extramarital affairs with Donna Rice.

Gary Hart tied the knot with Lee Ludwig in 1958. The couple lived together even past the extramarital affair scandal that haunted Hart’s political career.