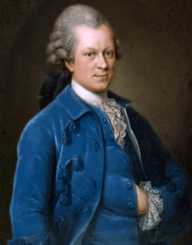 Jose Gaspar Rodriguez de Francia was a Paraguayan politician who is best known as the first dictator to rule Paraguay following its independence from Spain.

Jose Gaspar Rodriguez de Francia was born on 6 January 1766 in Yaguarón, Paraguay, which was then part of Spanish La Plata. He was christened as Joseph Gaspar de Franza y Velasco and would later to change his name to make it more Spanish sounding. His parents were Garcia Rodriguez Francia and Maria Josefa de Valasco. His father was a tobacco planter who had previously worked as an artillery officer in the army. Francia’s mother was born in Paraguay and descended from Spanish colonists; his father was from Brazil and enemies of Francia alleged he was from mixed race parents and called him a ‘mulatto’.

Francia received his earliest education at the San Francisco monastic school in Asuncion. He originally intended to join the priesthood. Instead, he studied theology and philosophy at the College of Monserrat and the National University of Cordoba. Francia became a doctor of theology and a masters in philosophy. Francia was made the chair of theology at the Seminary of Saint Carlos in Asuncion.

However, Jose Gaspar Rodriguez de Francia's radical beliefs led to him leaving his post and pursuing a career in law instead. He began studying law and languages and would become a lawyer and come to speak English, French, and Latin as well as his native Spanish and Guarani. His study of legal thought brought Francia into contact with the writings of the Enlightenment and came to gain an interest in the unfolding French Revolution. He read the works of Voltaire and Rousseau and developed the most extensive library in Asuncion with his collection of books.

Such was Francia's knowledge of such a vast number of subjects and his work as a lawyer helping the lower classes that stories and superstitions began to develop about Francia. Francia grew to despise the class system that existed in the Spanish colonies which were based on the lineage of a person. He began to become involved in politics.

In 1809, Jose Gaspar Rodriguez de Francia became the head of the Asuncion local assembly; this was the highest position Francia could achieve due to him being from the Creole class. Great political shifts began during this time. France invaded Spain in 1808 and replaced the Spanish King with a French-born monarch. This sparked a call for independence amongst Spain’s colonies as the chaos in Europe brought dissent to Latin America.

The first rebellion broke out in Buenos Aires, the capital of La Plata, in 1810. The May Revolution had declared independence for La Plata, however, the different parts of the colony split almost immediately, Paraguay would declare its independence in 1811 from La Plata, and a debate began over whether to support the French king on the Spanish throne or the Spanish King in exile. Francia argued that the king was irrelevant and he held a much more Republican outlook on the issue.

Jose Gaspar Rodriguez de Francia was appointed as a member of the new junta but would resign due to military dominance of the government. However, given his position as one of Paraguay’s leading intellectuals there continued to be the great support for his inclusion in any government. Francia demanded that he be made minister for foreign affairs and be given command of a significant portion of the army in return for his re-joining the government.

Francia was made counsel of Paraguay and alongside FulgencioYegros would rule in three-month blocks and would have command of half the army. Just over a week into his rule Francia declared Paraguay’s independence from the Spanish Empire. In 1814, to destroy the Peninsulares class, Francia banned the marriage of Spaniards to one another. Francia extended voting rights to all men over the age of 23 and in 1814 he was elected dictator for three years. In 1817, the Congress chose Francia dictator for life.

Jose Gaspar Rodriguez de Francia worked to undo the privileges of the church and aristocracy. The church lost its right to tithes, and the Inquisition was closed. To ensure Paraguay’s independence from outside intervention, Francia pursued a deeply isolationist policy. Francia carried out the brutal execution of conspirators in 1821; he ordered that execution be carried out via bayonetting to save bullets. Amongst those executed by Francia was former consul, FulgencioYegros. The only imports allowed into Paraguay were arms for the military.

Francia put the army in a position of prestige, and it was mandatory for all people to remove their hats when meeting a soldier. However, Francia kept the army small, and at times it numbered less than a thousand men, although a 15,000 man militia reserve backed them. Francia also developed Paraguay’s first warship and increased the navy to a hundred vessels. Francia made it compulsory for all males to receive an education. However, he ended higher education instead of promoting the use of libraries for men to further their learning.

Seminaries were closed to diminish the church’s power. Jose Gaspar Rodriguez de Francia significantly expanded agriculture in Paraguay by nationalising much of the land and planting two harvests a year. The military was used to farm this nationalised land. Francia despite his isolationist economic policy allowed Paraguay to serve as a sanctuary for political refugees and runaway slaves. His economic policies left Paraguay in a much-improved situation by the time of his death, he often did not claim his salary and instead added it to the national treasury.

Jose Gaspar Rodriguez de Francia was deeply anti-marriage, he taxed the institution highly and personally oversaw all marriages in Paraguay. He kept a journal of all the women he had relations with, and it is known that he fathered seven illegitimate children. When he found one of his daughters working as a prostitute, he declared prostitution a good career.

His fear of assassination led to him taking numerous precautions such as making his tea and cigars and not allowing anyone within six paces of him. Before his death, he destroyed all his papers. Francia died on 20 September 1840.