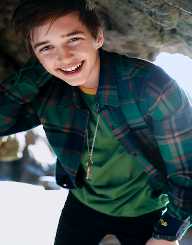 American actor Michael Campion was born on the 26 July 2002 in Atlanta, Georgia. He lives in Orlando, Florida with his parents

Michael Campion is still a scholar, and his education is ongoing.

Michael Campion started acting at a young age, having his first audition at the age of eight. He acted in some theatrical productions including Annie, The Wizard of Oz and The Little Mermaid.

Michael Campion breakthrough role was being given the part of Jackson Fuller in the American sitcom Fuller House. Fuller House is a sequel to the famous Full House (1987-1985). The sitcom is about a veterinarian and widowed mother of three boys. Champion’s character is the eldest son of the late Tommy Fuller, Sr. and DJ Tanner-Fuller.

Michael Campion also works as a model and has appeared in many commercials in the United States.