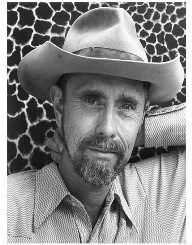 Internationally acclaimed artist and experimental film-maker Bruce Conner was born on November 18, 1933, in McPherson, Kansas. He grew up in the city of Wichita in Kansas. Right from a very young age, he displayed a keen interest in art.

Conner attended the Wichita University and subsequently obtained a Bachelor’s Degree in Fine Arts from the University of Nebraska. His graduation came in the year 1956 following which he secured a scholarship to the Brooklyn Museum Art School. He studied at the school for just one semester and then went on to attend the University of Colorado. While studying in Colorado, he met his future wife, Jean Sandstedt. The two got married on September 1, 1957, and moved to the city of San Francisco in California.

After relocating to San Francisco, Bruce Conner started working in various mediums and his first solo show in the city in 1958 comprised of paintings, sculptures, drawings, collages, etc. He soon became acquainted with well-known artistic personalities like Wallace Berman, George Herms, and Jay DeFeo many of whom later formed the Beat generation. He was also the founder of the Rat Bastard Protective Association. The association was established in 1959.

Bruce Conner gained worldwide popularity with his assemblages that were made from junk pieces like stockings, bicycle wheels, broken dolls, candles, costume jewelry and many more. The assemblages resembled complex amalgamations of the Surrealist traditions and the Victorian past. His assemblages, many of which were erotically charged, established him as one of the leaders of the international assemblage movement. He was an artist who looked at the deeper meaning of things and the central theme of most of his works revolved around social commentary.

Bruce Conner's third solo show featuring the controversial painting ‘Venus’ was held in The Designer's Gallery in San Francisco. After that, in 1959, an exhibition at the Spatsa Gallery gave glimpses of Conner’s artistic identity. During the beginning of the year 1960, Bruce Conner became the talk of the town owing to his black wax sculpture of a child. The statue revealed a child sitting on a high-chair tied to the chair by a nylon stocking with mouth open wide as if in pain.

The work titled CHILD was displayed in the De Young Museum of San Francisco and created a massive uproar amongst the connoisseurs of art. It became infamous as ‘The Unliked Child.’ In 1970, the New York Museum of Modern Art obtained the sculpture and had kept it preserved for a long time. Some of his other well-known exhibitions that garnered favorable reviews were the exhibition of assemblages and collage in New York city in the late 1960s and the show at the Batman Gallery in San Francisco in 1964.

In 1960, Bruce Conner was at the pinnacle of success and was a major artistic figure of the United States. However, his hunger to explore art beyond the realms of conventional America led him to shift base to Mexico. His wife and newborn son accompanied him. Conner spent two years in Mexico where he engaged himself in embryonic drawings that consisted of obsessive patterning.

Bruce Conner returned to the USA with his family in 1963 and settled down for a short while in Boston, Massachusetts. In 1964, he returned to San Francisco and decided to diversify his work and concentrate more on other forms of art apart from assemblages. He collaborated with the legendary Family Dog for light shows at the Avalon Ballroom.

Bruce Conner began using felt-tip pens to carve out intricate black-and-white drawings which were later lithographed into prints. He developed collages using 19th-century engraving images. During late 1970, he turned his attention towards drawing and photography which included the famous inkblot drawings.

Some of Bruce Conner's famous pieces of art include the photogram ‘Throne Angel,’ the collage ‘May the Heart of the Tin Woodsman be with You’ and the large assemblage ‘KING.’

Bruce Conner also gained fame as an experimental film-maker. He started off his filmmaking career in the late 1950s. His debut film A MOVIE in 1958 was made by compiling and carefully re-editing old newsreels and old films. The 12-minute, thought-provoking film was shortlisted for preservation by the National Film Registry at the Library of Congress in 1994. It was his first non-narrative film and was followed by almost 20 more non-narrative films.

Bruce Conner's second film was COSMIC RAY which saw the light of the day in 1962. It was a black-and-white collage of found footage and movies that ran for around 4 minutes, 43 seconds.

The assassination of John F. Kennedy took place during his stay at Massachusetts in 1963. Conner converted the television coverage of the event into a short film titled ‘REPORT.’ He released several versions of the film after repeatedly editing and re-editing it. He also made a film called ‘VIVIAN’ which documented part of the Batman Gallery exhibition.

Conner was one of the first filmmakers to use pop music in films. He is amongst the pioneers of music video genre films and is regarded as the ‘Father of MTV.’

Bruce Conner announced his retirement in 1999 while the exhibition ‘2000 BC: The Bruce Conner Story, Part II’ was underway. But he continued pursuing his passion for art till his last breath. Many of his works including the inkblot drawings were displayed under pseudonyms or were signed as ‘Anonymous.’ His large assemblage titled ‘KING’ was completed shortly before his death.

Bruce Conner had the habit of announcing his death as a part of conceptual art event. He had played the prank twice during his career. His actual death occurred on July 7, 2008, in San Francisco, California. His wife Jean and son Robert survived him.