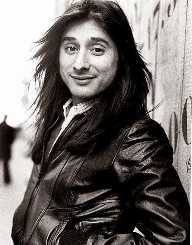 Steve Perry was born on January 22, 1949, in Hanford, California, USA. His parents are Mary and Ray Perry. When Steve was a child, his parents broke up, and so he lived with his mother and grandparents. Later, his mother remarried to a man named Marv, who would prove to be a great influence on Steve.

Steve Perry loved music ever since he was a child. He started singing when he was a kid, and he joined his high school’s marching band when he was a teenager. When he graduated from high school, he enrolled at the College of the Sequoias. There, he continued to play in bands, sing in choirs, and otherwise show off his musical career. However, he never graduated from the school. He dropped out before he could earn a degree.

After dropping out of college, Steve Perry moved to Sacramento. There, he formed one of his first bands, Ice. Things did not work out, and the band broke up quickly. He formed his next band quickly after, Alien Project. Other members of the band were Craig Krampf and Richard Michaels. The band signed a contract with Columbia records. However, Michaels died shortly after in 1977. Perry swore off music for some time after the tragic accident.

Late in 1977, Steve Perry got a call from and manager who had heard his work with Alien Project and loved it. He also mentioned that the band Journey was looking for a new member. The band already had a good deal of fame, as it had formed a few years earlier in 1973. Steve Perry agreed to join the band as the new singer, replacing Gregg Rolie. The band was looking for a new sound, and Perry was able to provide that.

In 1978, the band released their fourth album (but the first with Perry) titled Infinity.  The album quickly went platinum. Steve Perry recorded the next album with the band, Evolution, and their next, Departure. Perry was quickly staking his claim as the greatest singer Journey would ever have. He even produced a live album with the band, Captured.

The band’s fame only grew as they entered into the 1980’s. One of their songs, Don’t Stop Believing, would become the anthem for every American teenager and young adult. The band’s fame was spreading, and Perry’s fame was spreading with it. In 1983, the band released another album, Frontiers. This album would prove to be just as popular as their others. Many of the songs on this album were on top 10’s lists around the country. Sadly it was around this time that Perry started to become disinterested in the band. In the late 1980’s, the band even canceled a tour because of his unwillingness to perform. The band then went on a break until 1995. While the band was on a break, he released a solo album, Street Talk.

In 1995, the band decided to have a reunion. They tour and perform for two years until an accident struck. Steve Perry hurt himself while in Hawaii. He needed surgery to continue working, which he put off. It was in 1997 when Perry officially left the band and was replaced with Steve Augeri.

Steve Perry did not form another permanent band after Journey. In the mid-1990’s, he began to focus on his solo career. He produced another solo album, For the Love of Strange Medicine. The album was successful, but not as successful as his work with Journey had been. He also worked with various artists, singing for background tracks and collaborating with other artists, like Michael Jackson. He also helped to produce music for the animated 1998 movie, Quest for Camelot. There are rumors suggesting that Steve Perry is working on new music, but other than Greatest Hits and edited albums, he has not produced any new music since the late 1990’s.

Throughout his musical career, Steve Perry has won numerous awards. Some of his most prestigious awards are listed below.

11 of the songs Perry sang for (with Journey) become platinum. Four other songs were gold.

Journey was inducted into the Rock n’ Roll Hall of Fame in 2017. (As is Steve Perry, even though he was not still with the band in this year.)