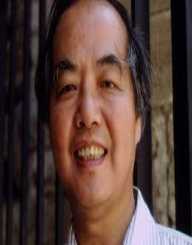 Tsung-Dao Lee best known as T.D. Lee is a Chinese-American physicist and university professor. Born on November 24, 1926, Tsung-Dao Lee became known for his works on Lee Model, parity violation, relativistic heavy ion (RHIC) physics, particle physics, soliton stars and nontopological solitons. Tsung-Dao Lee jointly won the Nobel Prize in Physics with Franklin C N Yang in 1957 for their work on the violation of the parity law in weak interactions. Chien-Shiung Wu had experimentally verified this in 1956, with her Wu experiment. The Prize made Tsung-Dao Lee the youngest Nobel laureate after the Second World War until 2014, when Malala Yousafzai won the Nobel Peace Prize. In 1953, he joined the Columbia University and remained there until 2012 reaching the status of University Professor Emeritus.

Tsung-Dao Lee was born to Chun-Kang Lee and Chang on November 24, 1926, in Shanghai. His father was a chemical industrialist and merchant, involved in the early development of modern synthesized fertilizer in China. Tsung-Dao Lee had four brothers and a sister. In the 1950s, Tsung-Dao Lee, his brother Robert C.T Lee and mothers moved to Taiwan where they were jailed during the White Terror. Tsung-Dao Lee received his secondary education in Shanghai, Suzhou in a school affiliated with the Soochow University and the Jiangxi Joint High School. However, his high school education was interrupted during the Second Sino-Japanese war and did not receive his secondary diploma. Tsung-Dao Lee enrolled at the National Che Kiang University now Zhejiang University in 1943, where Tsung-Dao Lee initially joined the Department of Chemical Engineering.

Tsung-Dao Lee later discovered his interest in physic. With his interest, professors like Wang Kan-chang and Shu Xingbeimentored him and therefore moved to the Department of Physics of the University. The Japanese invasion in 1944 also interrupted his education and therefore left the University. In 1945, Lee enrolled at the National Southwestern Associated University in Kunming where he studied under Professor Wu Ta-you.

While at the Columbia University, Tsung-Dao Lee initially researched into a solvable model of quantum field theory, which became the Tsung-Dao Lee Model. Tsung-Dao Lee diverted from his initial focus and shifted to particle physics, and the developing puzzle of K meson decays. In 1956, Tsung-Dao Lee discovered that parity non-conservation was the key to the puzzle and proposed the first experimental test on Hyperion decay by the Steinberger group.

After the outcome of the first experiment, Tsung-Dao Lee collaborated with C.N Yang and others to study into P, T, C and CP violations in weak interactions. This research won Tsung-Dao Lee and Yang the Nobel Prize for Physics. This made Tsung-Dao Lee the youngest after the World War II to receive the Nobel Prize Award until 2014 when MalalaYousafzai won it. The two were also the first Chinese laureate. Tsung-Dao Lee worked with other collaborators in the fields of high-energy neutrino physics in 1960. With his work with M. Nauenberg, Tsung-Dao Lee examined the divergences connected with particles of zero rest mass and came out with a method known as the KLN theorem in 1964. Tsung-Dao Lee also embarked on several types of research and published several papers on his results.

Tsung-Dao Lee was married to Jeannette Hui-Chun Chin in 1950. The couple had two sons James and Stephen. In memory of his wife who died in 1995, Tsung-Dao Lee established the Chun-Tsung Endowment, which awarded the Chun-Tsung scholarships under the supervision of United Board for Christian Higher Education in Asia (New York). The scholarship was awarded to undergraduates in their second or third year to six universities, including Lanzhou University, Shanghai Jiaotong University, Soochow University, Fudan University, Taiwan National Tsing Hua University and Peking University. All students selected for the scholarships attach the name "Chun-Tsung Scholars."

Tsung-Dao Lee has published several books including, Particle Physics and Introduction to Field Theory, 1981, Novick: Thirty Year's Since Parity Nonconservation, 1988, Symmetries, Asymmetries, and the World of Particles, 1988 and Science and Art. Shanghai in 2000. Others are The Challenge from Physics, 2002 andResponse to the Dispute of Discovery of Parity Violation (in Chinese) with Cheng, Ji; Huaizu, Liu; Li, Teng in 2004.