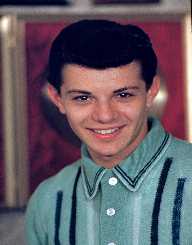 I wonder what success and career in real life looks like! But at a glance, Frankie Avalon seems to have a good definition of it. According to him, success means doing what he loves best thus being a resounding actor and singer. His career commenced during his teenage life. While still in his septuagenarian years, he doesn’t seem to give up soon. He first stood out as a great singer in 1950s.Luckily; he was one of the few who was chosen to represent their country. He wanted to make it BIG and prove to the world that nothing is impossible. It was quite easy for him to rise as a star due to his exceptional and resounding background in music. Not to mention he had a charming look that was loved by all, especially ladies. Right from the start music was his bread and butter. Considered as a veteran in the field of music, Frankie bestowed fame by winning several contests and auditions. As a result, he was featured on United States television at only eleven years of age.

I have come to agree that most people are rewarded in public for what they practice for years in private. Frankie Avalon is no exception to this statement. His individuality and uniqueness showed him the right path to success. Right from the start, Frankie was defined as a go-getter and enduring individual. He is simply blessed with a caring and subtle heart that makes him help his friends on the way. When it comes to responsibility, Frankie defined tidiness and quality at is best. He is an organized soul that prefers to keep things at ease. At times he loves an alone time, but this doesn’t mean that he doesn’t appreciate his long-term friends. In his dictionary, Avalon defines himself as an indelible gemstone that likes to study the constancy and sincerity of others.

On 18th, September 1940 Francis Thomas Avallone was first seen in the world in Pennsylvania, UnitedStates. To date, Frankie loves to spend some ample time with his elder sister called Theresa Avallone. Since inception Avalon came to love music to the core. His dearest father acknowledged his talent at the right time. His father took the time to show him how to play the trumpet. Afterward, he was taken to a nearby musical school where he learned to play different instruments.

Soon, Avalon turned into a professional musician where he started to showcase his talent and to wine multiple of awards. This is what paved the way for more successes in the future. Avalon was once invited to a party by Al Martino, a local singer. It was here that he played his trumpet and everyone was amazed to see his exceptional talent. After some time he was invited to The Jackie Gleason Show.

Frankie’s career commenced when Frankie first appeared at The Jack Gleason Show. This gave birth to more invitations and recognitions. He found himself signing long-term contracts with notable labels such as X-Vik Records. His embryonic recording included Trumpet Tarantella and Trumpet Sorrento.

Afters short pause, Frankie teamed up with a nearby band called Rocco and the Saints at only twelve years of age. In partnership with prominent musicians such as Bobby Rydell, Avalon managed to travel far and beyond.

After several trials and fails in between, Frankie’s talent topped the world of fame when he met an entertaining manager called Bob Marcucci. Bob liked his tone and musical genre. After several weeks Bob helped Avalon to sign a contract with Chancellor Records. It was there that Frankie came to release his first song titled Teacher’s Pet and Cupid. Though they didn’t receive profound acclaims, the song gave him another opportunity. He appeared in a movie called Jamboree.

Chancellor’s Record manager wrote a song titled De De Dinah for Frankie to sing with his trumpet. At first, Frankie despised the lyrics. As a result, he didn’t care for the result. But luck knocked him where the song received positive reviews across the world.

In the mid of 1959 Avalon recorded a song titled Venus wrote by Ed Marshall. The song defined several genres of music including the bells and chimes. Without a doubt, it turned into a number one hit in the United States.

With his affluence and attractive physique, Avalon was featured in countable of films and movies. In 1963 he appeared in a movie called Beach Party followed by Beach Blanket Bingo in 1965.He followed it up with a horror film named as The Haunted House of Horror that was written and directed by Michael Armstrong.

In 1978, Avalon was featured in a rom-com comedy called Grease that also starred Olivia Newton and John Travolta. He was seen in countable of television episodes and series. Not to mention he came to establish his own company named Frankie Avalon Products that specialized in natural health. Though he is at his middle age, Frankie is still defined as an active performer. He likes to attend different events as well as performing live.

Frankie Avalon is recalled as an energetic teen who was known for singles such as "Why" and Venus. In 1959 Frankie received “King of Song" recognition from Disk Jockey’s Association Selection. It was also the same year that he received a Photoplay Magazine Gold Award. In 1955 he was honored with Rock and Roll Hall of Fame recognition. When it comes to his personal life, Frankie married Kathryn Diebel, a model in 1963 with whom he has eight children. The couple seems to have a blissful union that has lasted for more than a decade and still counting.