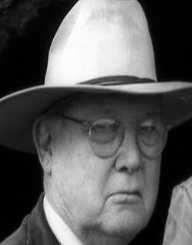 Erle Stanley Gardner was born on July 17, 1889. He was an American Lawyer. He was also an author. He was a novelist who wrote about detective facts. He also wrote about his travels. He was renowned following his ‘Perry Mason’ detective novel stories. He died at the age of eighty years.

Erle Stanley Gardner was born in July 17, 1889 in Malden, Massachusetts. In 1909, he graduated from Palo Alto high school, California. He later joined Valparaiso University School of law which was situated in Indiana. In one month’s time of his study at the college, he was suspended due to his distraction from his studies by boxing. He later went back to California where he took his law studies. In 1911, he passed the state bar exam.

In 1917, Erle Stanley Gardner launched his first law office which was situated at Merced. He later closed down the office because he received an opportunity from a sales agency. In 1921, he embarked into law and became a member of the Ventura Firm which consisted of Sheridan, Orr, Drapeau, and Gardner. In 1923, he published his first story of the pulp magazines which he decided to write on his free time.

During this period Erle wrote other stories including his main ‘Perry Manson,’ ‘Ingenious Lester Leith,’ ‘Crusading Lawyer,’ ‘Gentleman Thief’ and ‘Crime Sleuth.’ He set his limits to writing about 1.2 million words annually. He, later on, wrote about ‘Cool and Lam’ a private detective firm under his one among many pen names ‘A. A Fair’.  In 1933, he left the Ventura firm.

In 1937, Erle Stanley Gardner moved and lived in Temecula, California. His famous Perry Manson novel brought about eighty books. He later wrote stories such as Look, Sports, Afield and Collier’s. In the 1930’s, he created a character for ‘Perry Mason’ in a series of Hollywood films. In 1943 he as well did the same for the radio programme ‘Perry Mason.’ In 1950, he created characters for some radio programs for instance ‘Christopher London’ whose starring was Glen Ford as well as ‘A Life in Your Hands.’

In 1952, Gardner released his novel ‘The Court of Last Resort’ which he devoted most of his time preparing. The novel was later made a television show. In 1955, the Perry Mason radio programme airing ended. In 1957, his own ‘Perry Mason’ became a television series for the CBS. In 1966, he appeared in the last episode of ‘The case of the Final Fade-Out’ as a judge.

Erle Stanley Gardner was awarded ‘The Edgar Award’ for his book ‘The Court of Last Resort’ which turned out to be the best in the Best Fact crime category.