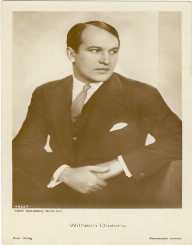 William Dieterle was born on July 15, 1893. He was a German actor and film director. He is known for directing films such as ‘The Story of Louis Pasteur,’ ‘The Life of Emile Zola’ and ‘The Hunchback of Notre Dame’ among others.

William Dieterle was born on July 15, 1893, in Ludwigshafen, Germany. He was born to Jacob and Berthe Dieterle. He was brought up alongside eight siblings. His family was a poor family, and he had to work from a young age. He found work as a carpenter and a scrap dealer in order to help provide for his family. He was interested in acting from a very young age. To pursue his career, he joined a traveling theatre company where he worked as a scene shifter, apprentice actor, and a handyman.

William Dieterle became a leading romantic actor in theatre productions with the theatre company. He became good at acting that in 1919 he captured the attention of theatre director and producer Max Reinhardt. Max offered him a job as an actor for his production. He worked with Max until 1924. At that time he had already built his name as a character actor with his portrayal of village simpletons. In 1923, he made his directing debut in the film ‘Der Mensch am Wege.’ In 1924, he directed the film ‘Das Wachsfigurenkabinett.’ In 1926, he directed the film ‘F. W. Murnau’s Faust’. In the 1930s he moved to the United States with his wife when there was political instability and violence in Germany. In the United States, he directed the films ‘Fog Over Frisco’, ‘Jewel Robbery,’ ‘Her Majesty, Love’ and ‘Adorable’ at the beginning of his Hollywood career but they were not box office successes.

In 1935, he directed the film ‘A Midsummer Night’s Dream’ alongside Max Reinhardt which was a hit and made him a reputed director in Hollywood. In 1936, he directed the film ‘The Story of Louis Pasteur.’ In 1937 and 1939, William directed the films ‘The Life of Emile Zola’ and ‘Juarez’ alongside actor Paul Muni. In the 1940s, he directed films such as ‘The Devil and Danile Webster,’ ‘Kismet’ and ‘Love Letters’ among others. In 1948, he directed the classic movie ‘Portrait of Jennie’ which is still popular to date. In the 1950s his career in the United States was interrupted during the McCarthy era, and he was forced to move back to Europe. He made some films in Italy and Germany before he retired in 1965.

In 1937, he won the Academy Award for Best Picture for the film ‘The Life of Emile Zola.’

In 1921, William married Charlotte Hagenbruch who was an actress. Charlotte died in 1968. He died on December 9, 1972. He died at the age of seventy nine.