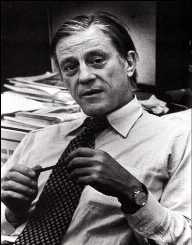 Benjamin’s father was the banking profession, and his mother was a decorated French legionnaire. The stock market crash of 1929 was a one that torpedoed the family’s comfortable living. Their wealth was reduced to its ebb, and his father had to take on menial jobs to beat the Great Depression.

Ben went to school in Massachusetts and attended Dexter School for elementary education and St. Mark’s School for higher studies. He contracted the polio virus sometime in 1936 and this altered his life. His legs were impaired for a short while, and he literarily had to fight to regain normal use of the legs.  Ben Bradlee got involved in regular exercise and was able to firm and strengthen his chest and legs; developing strong arms and carriage in the process.

By 1939, he went to college at Harvard and was able to study English with Greek options. He enlisted in the Navy after that and was a member of the American (NROTC) Naval Reserve Officers Training Corps program.

While in the naval services, Ben Bradlee worked in the communications section as an officer after his graduation from Harvard in 1942. He was stationed for the next three years at sea on USS Philip in the course of WW2.

From working with coded, classified details and cables, Ben branched out of active service in1946. In the post-war era, he worked as a Journalist. He started the New Hampshire Sunday News and worked as a reporter.

Ben Bradlee eventually sold off the New Hampshire Sunday News in 1948 and William Loeb III was the winner of the bid. By 1948, he joined (TWP) The Washington Post, and covered the crime beat. This experience was one that eventually altered his life inevitably.

Ben courted Philip Graham while at The Washington Post and they became close friends. Philip was an associate publisher and was able to get Ben a role at the American Embassy in Paris, as an assistant press. This was in the year 1951.

Ben moved on to the USIE in 1952 and worked as an anchor for European propaganda as directed by the CIA. The US Information and Educational Exchange beat was what led to the interdiction and killing of the duo of Julius and Ethel Rosenberg in 1953.

Ben Bradlee forayed to Newsweek in 1954 and covered the foreign desk as a correspondent. He was expelled from France based on his interview of guerilla fighters of anti-French persuasion. He was back to Washington, where he worked at the Newsweek desk.

He became buddies with J.F and Jackie Kennedy after meeting the duo in 1959. He was catapulted into the spotlight when Kennedy won the White House race in 1961. He impressed on Philip Graham to acquire Newsweek after he became the bureau chief in Washington.

Ben Bradlee is attributed as one who led the transformation of The Washington Post into a premier global newspaper. He was at the post for 26 years, and this is cemented in the annals of American and global journalism.

Ben headed the newsroom of TWP in 1965 and from that time, he set out to carve a niche for it that was not in the realm of the daily newspaper. He set his sights on a transformation agenda by aggregating compelling headlines with aggressive reportorial bent.

He crafted features in the TWP that was only previously noticed in magazines and other special editions. He deployed his charm and leadership élan to sign on talent and exuberant staff. He emerged as undoubtedly the most affable and celebrated editor in the newspaper world of his time and era.

The Watergate And Vietnam War

Watergate as it was known - became the most spotlighted story that Ben Bradlee ever churned out. The political scandal was a touchstone as it led to the resignation of President Nixon.

What is regarded as perhaps the vital decision of his career was the publication of the Pentagon Papers. He made this decision in cahoots with the publisher of TWP at the time, Katharine Graham. The expose was based on the Vietnam War, a secret history buried at the Pentagon.

Although the Nixon government went to all lengths to stymie the publication, the Supreme Court of America determined otherwise. TWP was able to publish them after that along with the New York Times.

There is no doubt that Ben’s life was extraordinary and he took journalism as a life call. Ben Bradlee interspersed his journalistic practice with history, archaeological and education voyages. He was primed by Barack Obama as the True Newspaperman after his death.

The Pulitzer Prize was awarded to Ben Bradlee in 1973 for public service, and this was for the coverage of Watergate coverage. This extended the aggregate awards won by TWP to 21 while he was at the helm.

Ben was awarded the French Legion of Honor by the French government in 2007 in Paris. He also got the American Presidential Medal of Freedom in 2013, in November. This was in recognition of his advancing the fortunes of the journalism profession while at TWP.

Ben Bradlee is also the author of two books. The 1975 Conversations with Kennedy and the earlier one in 1964 titled That Special Grace. Both books were based on the Kennedy presidency.

His memoirs got published in 1995 and were titled “A Good Life: Newspapering and Other Adventures.”

Ben Bradlee first married in 1942 to Jean Saltonstall while he was at the naval services. The union was blessed with a son named Benjamin C. Bradlee Jr. He worked at The Boston Globe and served as deputy managing editor at a time.

During his stint in France, Ben got married in 1957 after divorcing his first wife. He married Antoinette Pinchot Pittman, and they had two children. Their kids were named Dominic and Marina Murdock Bradlee. They separated in 1975.

Ben Bradlee after that married Sally Quinn, who was working at TWP as a reporter. She was 20 years younger than him, but they married in 1978, and the union resulted in Quinn Bradlee. This was his last son from his marriages.