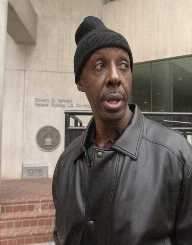 Melvin Williams was a Baltimore drug baron, who later reformed to fight the same trade that made him rich and famous.

Melvin Douglas Williams, whose alias was Little Melvin, was born on 14 December 1941 in Baltimore. He grew up on Madison Avenue with his father who was a taxi driver and his mother a burse. Williams went to Garnet Elementary School. He then graduated to join Frederick Douglas High School. He later transferred to City College. Williams did not graduate from high school.

His mother who was an avid gambler introduced Williams to the street life. In a little while, he had mastered the art of gambling in the pool table or casino halls. The money that was coming his way pushed him to abandon his studies. He concentrated on making money on the streets. He was extremely good at it.

When street riots erupted after the killing of Martin Luther King, Williams then 26 years, was already on the police radar. As the protests persisted, the police turned to the same man they were investigating. Williams appealed to the community to end the protests. The community heeded his call and the violent demonstrations ended. The positive response by the community cemented his influence in Baltimore.

While he was gambling, he made a well-knitted network which he used to sell hard narcotics. One of his mentors was Julius Salisbury. Salisbury was a feared crime lord in Baltimore. Under his protection, Williams grew up in stature and influence. It has been speculated that Williams used his mob connections to end the Martin Luther King riots in 1968. No evidence has been brought out to prove this allegation.

The police investigations linked Williams to drugs. In 1969, he was convicted to jail on the charge of drug possession. The twelve years were cut down to four. In 1974 he was released from prison. Williams returned to the streets. The following year, he was arrested and charged again. This time, the court convicted him of other drug charges and sent him to fifteen years. Williams got out of prison in 1979. He had served just a couple of years.

On his release, he graduated from selling heroin to cocaine. He managed to stay out of prison for five years. In 1984, Williams was convicted of drug-related charges once again. The court gave him a more severe sentence. He was to serve twenty-four years in prison. Parole would only come after ten years. Williams was released on parole in early 1996.

He was put under probation authorities. In the month of March 1999, he was convicted of owning an illegal firearm. The second charge was of assaulting a US citizen with the said firearm. The court found him guilty and sentenced him to twenty-two years in jail without any parole. His lawyers appealed the court decision and he was out after serving thirty-eight months in 2003.

This time Williams did not go to his criminal network. He had been transformed into an anti-narcotics crusader while in prison. In 1990, an event happened that many see as the start of his reformation journey. His son was murdered and his body dumped at Forest Park Golf Course in Baltimore. His death was the result of the crime gang deaths that were prevalent in Baltimore. After the incident, Williams started attending church services in earnest.

In his bid to reform the streets of the city, Williams registered a charitable organization to help rehabilitate former drug peddlers and addicts. He used his friendship with the leadership of the church in Baltimore to reach out to many young men and women to abandon crime. His campaign also brought in legal experts, medical doctors, youth mentors and business entrepreneurs to train and talk to the youth.

In his late years, Williams got into acting. In 2002 he appeared in some episodes of the television series The Wire. He was in two other movies in 2006 and 2010.

Melvin Williams died on 3 December 2015. He was survived by his widow Mary and the three living children. The fourth had died in 1990.

Williams was the mastermind behind the growth of the crime and drugs in Baltimore. His business brought the Baltimore community to its knees. The streets were full of murders and school dropouts. The jails held many of the bright young minds on drug-related crimes.

In his campaign, Williams tried his best to amend his past history. Whether he managed or not is for history to judge.