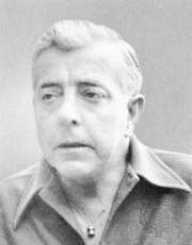 There is no point that writing will ever come to an end, what ends is the boredom that someone experiences once in a while. Whatever the case, you have to do it no matter your current and past state. Brassai defined it as a mental discipline that only fulfills one’s desires to jot down more lines in life. Without a doubt, he did this with his poetic genres as well as sculpts refinements. Aside from that, Brassai rose to fame as a filmmaker, sculptor, poet, and photographer.

Brassai's light shined when he completed a Paris nightlife sculpts in the 1930s.Before then Brassai loved to adventure Paris, unlike other cities. He was welcomed with a beautiful ambiance that made him venture into photography. He took it as an out of world career that later came to establish his fame in the 20th century. In all areas, Brassai fathomed with great excellence. Some of his works are seen in photo-books that he created with his own hands. Not to mention he authored a wide array of books that were later translated into English.

Another birthstone, Brassai came to represent the world to the latter. Throughout his career, he illuminated an eminent personality similar to that of a Sapphire. In everything he did, he perfectly reflected dedication and sincerity. As we all know, a sapphire comes with different colors. In that case, Brassal uniquely showed his healing side by welcoming peace and friendship in Paris. This indicates that he was a white and pure sapphire. In short, he defined intelligence and refinery at its best.

On 9th, September 1899 Gyula Halasz aka Brassai was first seen in the world in Brasso now Brasov, Hungary (Romania). His dearest mother was an Armenian while his father was from a Hungarian descent. At three years of age, Brassai's father moved his family to Paris since he landed a job as a French teacher at the Public University of Paris or Paris-Sorbonne. Brassai went to Hungarian Academy of Arts where he majored in painting as well as sculpting. It was during the World War I that Brassai went to serve as a cavalry.

Early in 1920, Brassai travelled to Berlin where he went to serve as a journalist under Hungarian Papers. It was also the same year that he teamed up with Berlin-Charlottenburg Academy of Arts. Here he furthered his painting and artistic skills to the core.

While still in the institution, Brassai met Lajos Tihanyi with whom they became friends in need. He also befriended Gyorgy Boloni and Bertalan Por with whom they went with to Paris in 1924. While there, Brassai opted to settle permanently, and without a doubt, Paris obliged to his wish. He loved the surroundings and friendly people.

After a short period of settling down, Brassai excelled tremendously in sculpting, painting, and journalism. Soon, he started to read French books where he self-taught himself to speak as well as to write in French. In the process, he was inspired by several writers including Leon-Paul Fargue, Henry Miller, and Jacques Prevert.

At some point, Brassai came to love the art and style of photography. In addition, he opted to try photography as his next career. It was here that he took time to familiarize with Paris locations and beauty, especially at night.

Above all, Brassai's work projected Paris’s good sights and places including grand operas, ballet, and the city life but not dull illustrative. Little did he know that the captured events would come to change his life for the better. Soon, he became the talk of the town in magazines and public places. In 1933 he worked for Rapho agency during its launch in Paris.

From 1943 to 1945, Brassai opted to venture into other careers such as drawing, painting, and sculpting. At some point, he forgot about photography due to Liberation in Paris. However, he managed to pen down several publications such as Minotaur, Picture Post, and Verve.

In 1946 Brassai was allowed to write and publish his first book titled Thirty Drawings. It was also the same book that included Jacques Pervert’s poems. Some of his works were displayed at the Museum of Modern Art in New York City. Not to mention that his later works were also seen at George Eastman House, New York.

When it came to sculpting, Brassai was crème de la crème. He took time to sculpture several figures in bronze and stone. He also stopped his photography career in 1961. With his early decline, Brassai authored a variety of articles and book such as Henry Miller, The Secret Paris of the 30’s, Artist of My Life, Histoire de Marie among others. His articles included Letters to My Parents and Conversations with Picasso that were later published by the Chicago Varsity in the 1990s.

In 1933 Brassai published a book titled Paris by Night that briefly explained his artistic skills. Not to mention the book earned him “The Eye of Paris” recognition, all thanks to Henry Miller. He followed it up with a book titled Pleasures of Paris that greatly received positive reviews.

From 1956 to 1978 Brassai received many awards and recognition. Some of the notable ones include The Gold Medal for being a resounding photographer, Legion d’honnouer Award among others.

In 1948 Brassai tied a nuptial knot with Gilberte Boyer, a French woman. Boyer supported her husband’s work until the end of his career. Sad to say, Brassai breathed his last on 7th, July 1984 in South of France. He was interred at Cemetery du Montparnasse, in Paris. In his honor, most of his works were displayed at Centre Georges Exhibition Centre with the help of his widow, Boyer.

As a trivia, Brasov’ name originated from his adventuristic life in Paris. It means merely a Brasov native.