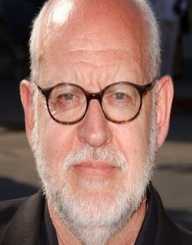 Frank Richard Oznowics aka Oz is an incredible puppeteer, actor, and director. His iconic character is seen when he acts as Miss Piggy, Yoda, Grover, and Fozzie Bear. His role began at his teenage years in collaboration with The Muppets and Jim Henson. He has directed films such as Little Shop of Horrors.

Frank Oz is funny and talkative persona by nature. He loves to share his thoughts with his closest friends. To get what he aims for, he goes beyond his expectation. When it comes to working, Frank puts in more effort believing in a ‘job well done’ at the end. He doesn’t need other people’s options to feel or appear cited. He is a self-reliant man but at times distant when it comes to making decisions. Above all, he loves romance, but independence is his vanguard.

In 1963, Frank Oz opted to stick with the Muppets as the character of Rowlf the Dog. He was also seen at Jimmy Dean Show. Oz and his close friend Henson acted as Scoop and Skip then later as Southern Colonel and Nutty Bird. It isn’t a doubt that their sitcom narratives cracked children’s ribs from afar.

Another program was launched in 1969 and Oz wasn’t left behind. He pioneered as the leading inventor of several characters including Grover, Bert and Cookie Monster. It was quite a busy schedule for him since he performed all of these traits solely. In between, he succeeded to take another role as Lefty the Salesman. His voice was also heard in various productions such as The Great Santa Claus Switch, The Frog Prince and The Muppet Musicians of Bremen.

Still, with Henson, Frank Oz created creative roles for the Muppet Show. They include Animal, Sam the Eagle, Miss Piggy, George the Janitor and Marvin Suggs. ‘The Rhyming Song’ and ‘Jamboree’ were written by none other than Oz himself.

An American filmmaker, George Lucas craved for a puppet character that Oz himself created. Gladly it was a successful project for the movie titled ‘The Empire Strikes Back.’ He also co-directed The Dark Crystal in 1982 film as well as ‘The Muppets Take Manhattan' in 1984.

In 1986 Frank rose to stardom with a movie called Little Shop of Horrors. It was his first film that didn’t include any puppets. The following years he directed incredible movies such as “What About Bob” Housesitter, Bowfinger, The Score, Death at a Funeral and Bowfinger.

Frank Oz first married Robin Garsen for 26 years, and the union had four children. The couple parted ways in 2005 where he later married Victoria Labalme in 2011 to date.