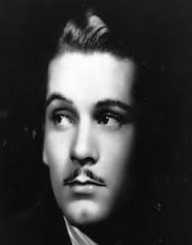 Laurence Olivier was born on May 22nd, in 1907. He was a renowned director and an English actor. Olivier stands to be remembered for his remarkable acting skills which made him dominate the British stage during the 20th century. He garnered high acclaim on stage, in film and also on TV. Some of the films he featured in include the likes of Rebecca (1940), Hamlet (1948), Richard III (1955) and Marathon Man (1976). He made TV appearances in shows such as Love Among the Ruins (1975), Brideshead Revisited (1981) and King Lear (1983).

Laurence Olivier was born on May 22nd, in 1907. His place of birth was in Dorking, Surrey. He was the last born child to Agnes Louise and Reverend Gerard Kerr Olivier. His elder siblings were Sybille and Gerard. Growing up, Olivier was close to his mother. He found his religious father to be distant and cold.

Later, in 1916, Olivier passed his singing examination which allowed him to enter a choir school located in central London.

Olivier’s father was quite thrifty and as a result, pushed young Olivier to seek for admission to join the Central School of Speech Training and Dramatic Art. Also, he pushed him to request for a bursary from the same institution. Fortunately, Olivier’s sister was among the favorite students to the founder of the school named Elsie Fogerty. As a result, Olivier capitalized on this to earn his bursary.

Afterward, Olivier became a member of the Birmingham Repertory Company. Here, he landed on a number of important roles including on plays such as She Stoops to Conquer and All’s Well that Ends Well.

With time, he joined the Royalty Theatre where he would meet his first wife, Jill Esmond. Esmond was the daughter of notable actors Eva Moore and Henry V. Esmond. Later on, Olivier enjoyed some success with his stage roles on Private Lives and Romeo and Juliet.

Olivier began his film career on a high note with his role as Heathcliff in the film Wuthering Heights in 1939. This was closely followed by Rebecca the following year. Incomes earned from these two films helped him to pay for his theatrical projects. Sooner or later, he baged home his first Academy Award for Hamlet. Equally, he earned himself a nomination as the best director award for the same play, Hamlet.

Laurence Olivier passed away on July 11th, in 1989. He was 82 years old when he died. Olivier had been suffering from illness for 22 years before he died. Renal failure was the cause of his demise.