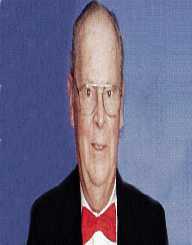 Delbert Mann was a famous award-winning film and television director. He won the academy award for the best director in 1955. He earned this through the film Marty which he directed. He was president of Directors Guild of America between 1967 and 1971. He was Awarded DGA's honorary life member in 2002. He received much credit in his career for he helped bring TV techniques to the film world. Delbert Mann stood out as a film director, and he developed several incredible works. Good examples of his work include A Gathering of Eagle, The Bachelor Part and Night Crossing.

Delbert Mann was born on January 30, 1920. His birth town was in Lawrence, Kansas. His parents were Delbert Mann and Ora Mann. His father was a sociology teacher at the University of Kansas from 1920 to 1926. His mother, on the other hand, was also a school teacher. She died in 1961.In 1926 his family moved to Pennsylvania. They again relocated to Chicago and finally settled in Nashville in 1931. At Nashville, his father maintained his job as a sociology teacher. He taught at Scarritt College for Christian Workers.

Delbert Mann took his high school studies at Hume-Fogg High School. This was a school located in Nashville, Tennessee. He became head of drama in the school. His talent as a director began at a young age. It was then that he befriended Fred Coe. Coe later became a producer and TV director. He was a great influence on Mann’s career. In 1941 Delbert Mann received his bachelor’s degree in political science from Vanderbilt University. He served in the army as B-24 bomber pilot. This was during the Second World War. He later joined Yale School of Drama when the war ended. He then received his master’s fine arts degree in directing upon completing his studies.

Delbert Mann directed for a theatre in Columbia from 1947 to 1949. This was a community playhouse in South Carolina. He then moved to New York where he worked in the Television with his high school mentor Coe. He played the role of assistant director and stage manager in NBC. A few months later he was an alternating director for The Philco Television Playhouse TV series.

Delbert Mann directed over 100 live TV dramas between 1949 and 1955. Some of those productions include Ford Star Jubilee and Playhouse 90 among many others. He also directed shows like NBC Repertory Theatre in 1949 and Ford Star Jubilee in 1955. He has also recognized for 1955 Our Town a film he directed. In 1957 The Bachelor Party was a major hit.

He directed the drama film Separate Tables (1958). It won 7 nominations for Academy Awards. The awards were for best in Cinematography, writing, Dramatic or Comedy Score, Adapted Screenplay, picture, and best actor.

Delbert Mann wedded Ann Caroline Gillespie in 1942. The couple met at Vanderbilt University during Mann’s graduation. They had three sons- Fred, David, Steven and a daughter-Susan. In 1976 His daughter Susan died in a car accident. Years later in 2001, his wife succumbed to Alzheimer's disease.

Delbert Mann died on 11th November 2007. He died of pneumonia at Cedars-Sinai Medical Center in Los Angeles. He was 87.